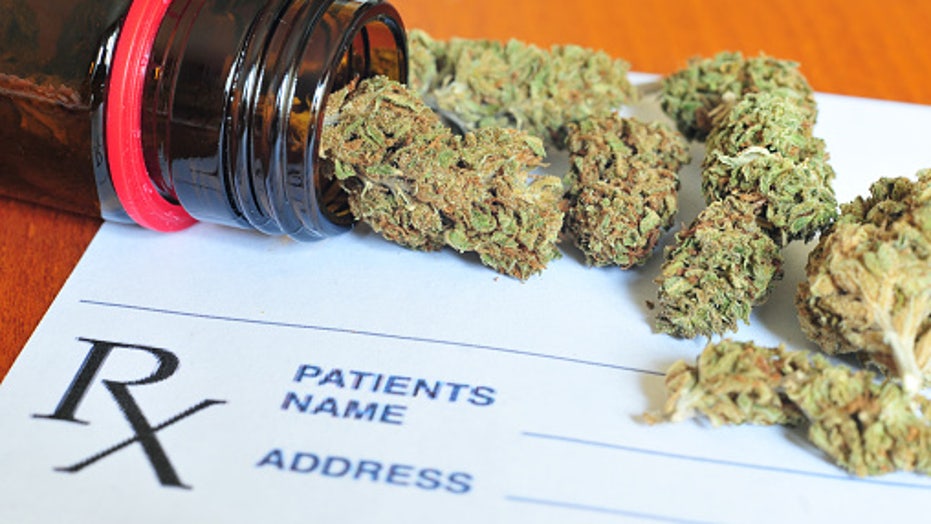 A grandfather in Canada says he was outraged after finding out what his 8-year-old grandson had won in a raffle at a youth hockey tournament: about $200 worth of marijuana products.

Keith Redl, of British Columbia, told Toronto’s CTV News that his grandson, who plays in a youth hockey league, had entered raffle tickets to win a prize.

A Canadian grandfather says his 8-year-old grandson won $200 worth of pot products in a raffle over the weekend.  (nj.gov)

“Each team is usually responsible for putting a gift basket or prize package together with a minimum value of $50,” Redl told the station. “And then what they do is they have a big setup and they have a paper bag taped in front of each of these prizes.”

The prizes, Redl said, are usually geared towards children. Redl’s grandson had put in his tickets in a particular bag. His family was later notified that he had won “$200 worth of pot,” Red said.

A picture taken the child’s father shows various cannabis paraphernalia, including edibles, a lighter and a smoking apparatus.

“My grandson thought he won a great prize,” Redl said. “’Dad, I won chocolate!’ ‘No, son, there’s bad drugs in the chocolate.’ How do you explain that to a kid?”

The Dawson Creek Minor Hockey Association issued a statement explaining that the prize was meant for adults and never where the children were.

“The products did not appear on the donation table, only a photo and list of the items contained in the basket,” the statement said, adding that the raffle winner had been given the option not to accept the prize.

Redl, a policeman for 32 years, called the situation “ridiculous.”

“There is no place for drugs at a child’s hockey tournament,” he said.

The association said it is updating its policies to “ensure that going forward our charitable events are in keeping with our policies and government policies.”