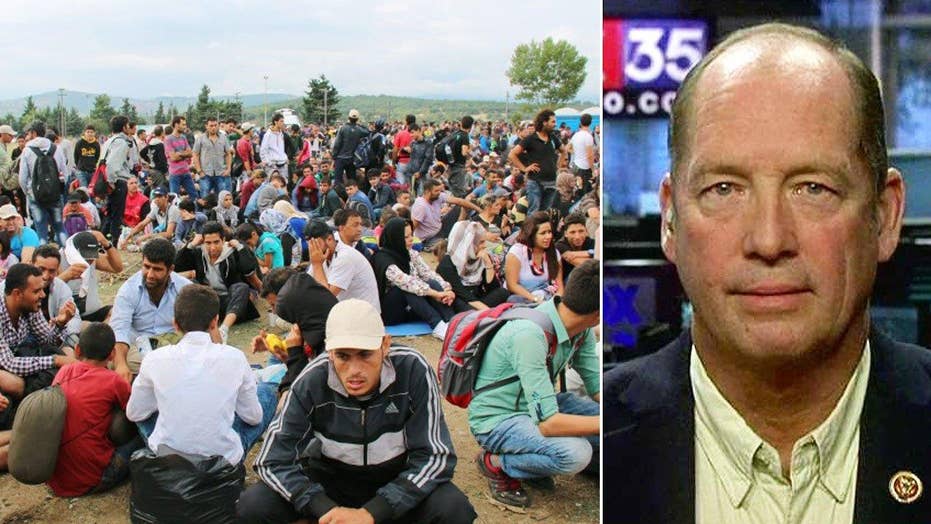 TORONTO – Prime Minister Justin Trudeau will announce Tuesday his plan to resettle 25,000 Syrian refugees and he says all 10 of Canada's provincial premiers support bringing that many in.

Trudeau hasn't backed down from a pledge to bring 25,000 Syrian refugees to Canada by Dec. 31 despite pushback by some following the deadly attacks in Paris.

Details of how the refugees will be brought over and where they will be housed are expected to be announced Tuesday.

"Everyone agrees that Canada must do more and must welcome 25,000 refugees," Trudeau said after meeting with provincial leaders late Monday.

Tuesday's announcement is sure to raise alarm in the U.S. where many Republican governors have said they don't want any Syrian refugees.

"There was no one sitting at the table that is not interested in seeing refugees come," Ontario Premier Kathleen Wynne said.

Immigration Minister John McCallum said he spoke to Canada's big city mayors about how they can help resettle the refugees.

Canada has long prided itself on opening its doors wider than any nation to asylum seekers. In times of crisis in decades past, Canada resettled refugees quickly and in large numbers. It airlifted more than 5,000 people from Kosovo in the late 1990s, more than 5,000 from Uganda in 1972 and resettled 60,000 Vietnamese in 1979-80. More than 1.2 million refugees have arrived in Canada since World War II.

Former Conservative Canadian Prime Minister Stephen Harper, who lost the Oct. 19 election to Trudeau, had declined to resettle more Syrian refugees, despite the image of a drowned 3-year-old boy washed up on a Turkish beach focusing global attention on the refugee crisis stemming from the civil war. The boy had relatives in Canada and the refugee crisis became a major campaign issue.

Brad Wall, the Conservative premier of Saskatchewan province, said he has problems with the deadline of Dec. 31 for security reasons, but believes Canada should welcome the refugees.

More than 4 million Syrians have fled their country since the conflict began in 2011.