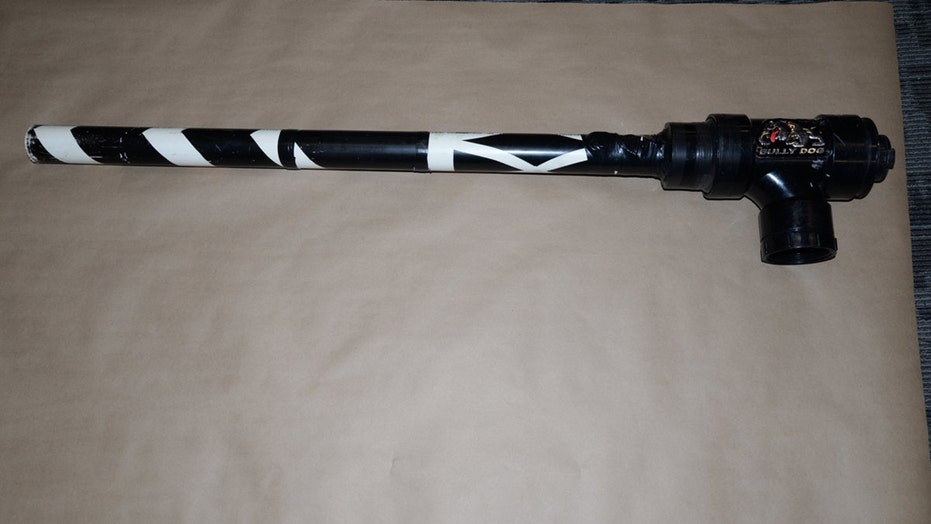 Two Canadians were arrested after police suspected the pair of loading drugs into a potato gun cannon and launching them into a correctional facility, authorities said.

The 18-year-old man and 29-year-old woman, whose names have not been released, were caught Sunday in front of the Saskatoon Provincial Correctional Center in Canada’s Saskatchewan province, the Saskatoon Police Service said in a news release.

They were found with 28 grams of cannabis, three grams of cannabis shatter and seven grams of crystal meth, police said. A “potato gun cannon” was also in their possession, which investigators believed the pair were using to shoot the drugs over the facility’s fence.

Police said the two suspects loaded drugs into the potato gun and shot them over the facility's fence. (Saskatoon Police Service)

The suspects tried to flee in a white Chevrolet van during the arrest, but were caught again after crashing into three police vehicles, the service said. No one was injured in the collision.

The woman was charged with multiple counts of drug trafficking and distribution, dangerous operation of a motor vehicle and evading police.

The man faced charges of trafficking crystal methamphetamine and distribution of cannabis to an institution.