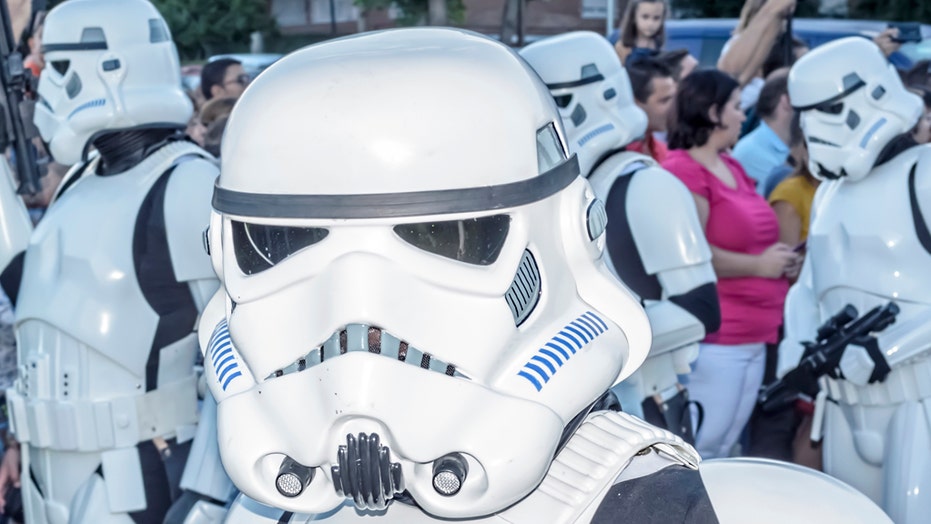 Police in Canada are investigating the arrest of a woman dressed up as a “Star Wars” stormtrooper on Monday that left her bloodied up.

The woman in Lethbridge, Alberta was dressed up in the iconic costume as she was trying to promote a nearby Star Wars-themed restaurant on May 4, or “May the Fourth.”

That day is considered by fans around the world as “Star Wars Day” because of its similarity to the iconic line, "May the Force be with you."

In this case, the dressed-up woman, who was carrying a fake blaster gun, was outside the Coco Vanilla Galactic Cantina to celebrate the day. She was encouraging passersby to enter the restaurant while marching as the stormtroopers do in the movies.

Then the police showed up.

Lethbridge Police Service said in a statement they received two 911 calls reporting a person in a stormtrooper costume carrying a firearm.

“Upon police arrival the subject dropped the weapon but did not initially comply with further police directions to get down on the ground,” police said, adding the weapon was ultimately confirmed to be a fake firearm.

A video from the scene – which was later posted on YouTube – showed police tackling the woman to the ground. She suffered a bloody nose.

Brad Whalen, the restaurant’s owner, told local media that while he understands officers are on high alert after the mass shooting in Nova Scotia that left 22 people dead, he believes officers should have been able to piece together the situation before it escalated.

“Sometimes you really have to use common sense,” Whalen told CTV News. “When all the things fit in the box – you’ve got the signs, you’ve got the music, the atmosphere. A duck is a duck while it’s walking like a duck.”

The woman, who Whalen said was 19 years old, is not facing charges and a police investigation is underway after the video circulated on social media.

The investigation will look into whether the officers acted appropriately during the incident.