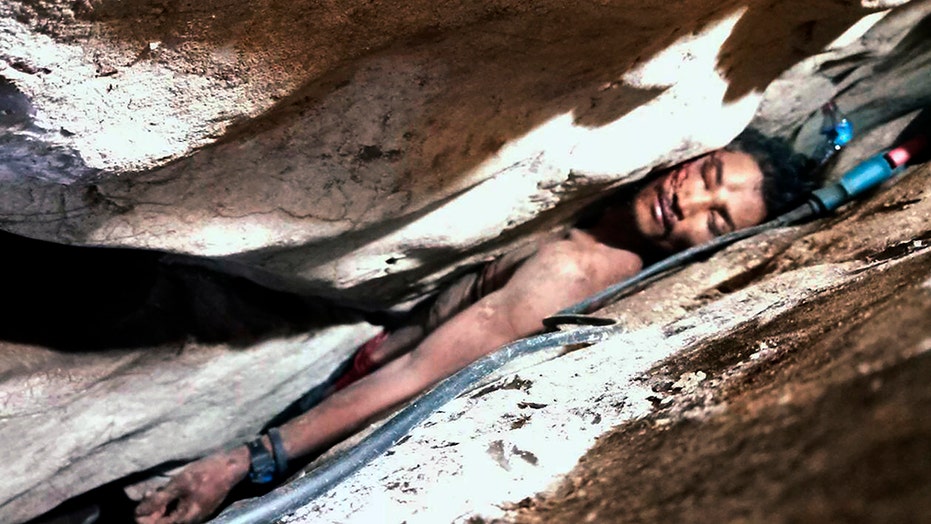 A man was trapped between rocks for nearly four days in the Cambodian jungle — and, miraculously, he survived.

Sum Bora, 28, was collecting bat droppings earlier this week when he got stuck in the rock's hollow at Battambang province, northwest of Phnom Penh.

Bat droppings, or guano, are used as fertilizer and sold for supplementary income by poor farmers.

Police said he slipped on Sunday while trying to get his flashlight, which had fallen through the space. When he didn't return home after three days, his family became worried and reported his possible location to authorities.

The man was freed around 7 p.m. Wednesday, after roughly 10 hours of work. It took around 200 rescue workers to carefully remove him from the hollow by destroying bits of rock that had pinned him, police said.

Cambodia is one of the poorest countries in the world, with 35 percent of its 15.2 million people living in poverty, according to a U.N. Development Program report last year.