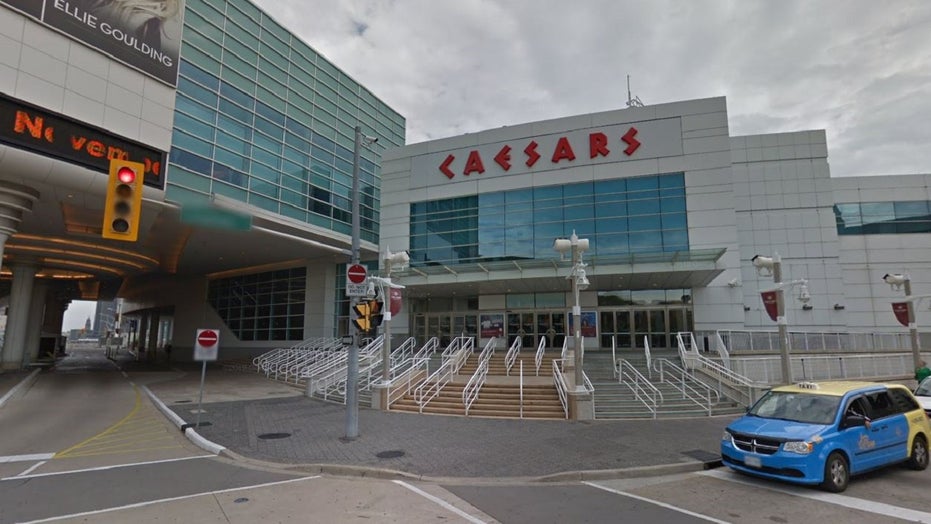 A very unlucky gambler is suing a casino in Canada after losing $260,000 during two visits, saying he should have never been allowed to place wagers in the first place.

Tarwinder Shokar alleges that Caesars Windsor in Ontario should have known about his compulsive gambling and alcohol addiction during two October 2013 visits, and should have been aware that he had been banned from other casinos for disruptive behavior.

Shokar, who also has criminal fraud convictions, said the casino over-served him alcohol and encouraged his gambling while he was intoxicated, the Windsor Star reported Thursday. He is currently banned from all Ontario casinos.

A Canadian man is suing Ceasars Windsor for allowing him to lose hundreds of thousands of dollars while gambling during two 2013 casino visits. (Google Maps)

The Ontario Lottery and Gaming Corporation (OLG), which regulates the province's casinos and lottery, is also named in the lawsuit, the paper reported. Shokar is asking for his gambling losses and an additional $500,000 in punitive damages.

“Our position is he was a compulsive gambler and the casino and/or the OLG were either well-aware of his past background -- or should have been,” said Iain MacKinnon, Shokar's lawyer.

During his first visit on Oct. 17, 2013, Shokar arrived with a bank draft card loaded with thousands of dollars and was given special treatment, according to the civil lawsuit. He was treated to a steak dinner and checked into the casino hotel, although he opted to spend the night at home instead. He lost $70,000 over several hours in the evening and morning, the lawsuit said.

He then lost $190,000 during another visit a few days later, before the afternoon was over. He said the casino footed the bill for hundreds of dollars in taxi rides to and from his home.

“They did everything they could for him to gamble as much as possible,” MacKinnon said.

A Ceasars Windsor spokesperson defended the casino in a statement to Fox News.

“The staff at Caesars Windsor would have had no way to know this individual had a gambling problem, the statement reads. "Had he told anyone on our team that he had a problem, per long-standing company policy and practice, we would have taken immediate and effective action to assist him.”

The defendants are asking a judge to dismiss the lawsuit, saying Shokar has only himself to blame for his losses.

“Each time he made a wager, he chose the amount of money he wanted to wager in full knowledge of the risks associated with that wager,” defense lawyers said in a statement.

MacKinnon said he expects a trial to begin at the end of 2020 at the earliest.