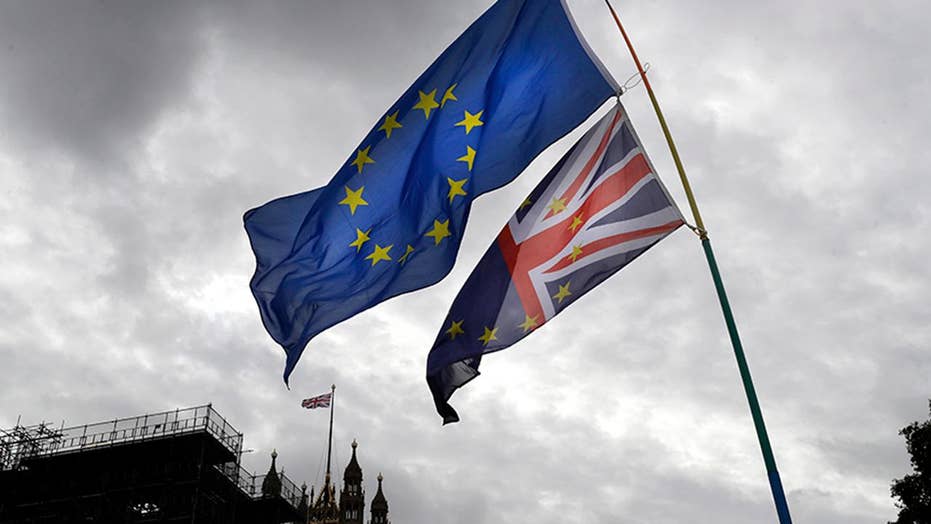 E.U. Ambassador to the U.S. Stavros Lambrinidis weighs in on ‘America’s News HQ’.

British Prime Minister Boris Johnson is being criticized by opposition lawmakers and environmentalists Monday after choosing to fly on a private jet between two towns instead of taking a train journey that only lasts around an hour.

The 25-minute Doncaster to Darlington flight on a Danish charter company’s private jet that Johnson took with his staff and a number of journalists comes just days ahead of the United Kingdom's general election. The same route by train is direct and only takes around 55 minutes.

"Boris Johnson is living proof that the majority of flights are taken by the privileged few, while the rest of us pay the price of global heating,” Andy McDonald, Labour's shadow transport secretary, told The Independent. "Under a Labour government we'll make sure that our trains and buses are properly invested in, so that Boris Johnson can make more environmentally friendly decisions in the future."

Britain's Prime Minister and Conservative Party leader Boris Johnson boards a plane at Doncaster Sheffield Airport in Doncaster, England, on Monday, during campaigning ahead of the general election on Dec. 12.  (AP)

Doug Parr, Greenpeace UK’s chief scientist, added: “It’s absurd and unacceptable for anyone to take a flight for a journey that could be done less than an hour by train, not least the prime minister, who should be leading by example.”

Last month, Johnson, while announcing the Conservative Party’s proposed environmental policies, said: “There is nothing more conservative than protecting our environment and these measures sit alongside our world-leading commitment to net zero greenhouse gas emissions by 2050."