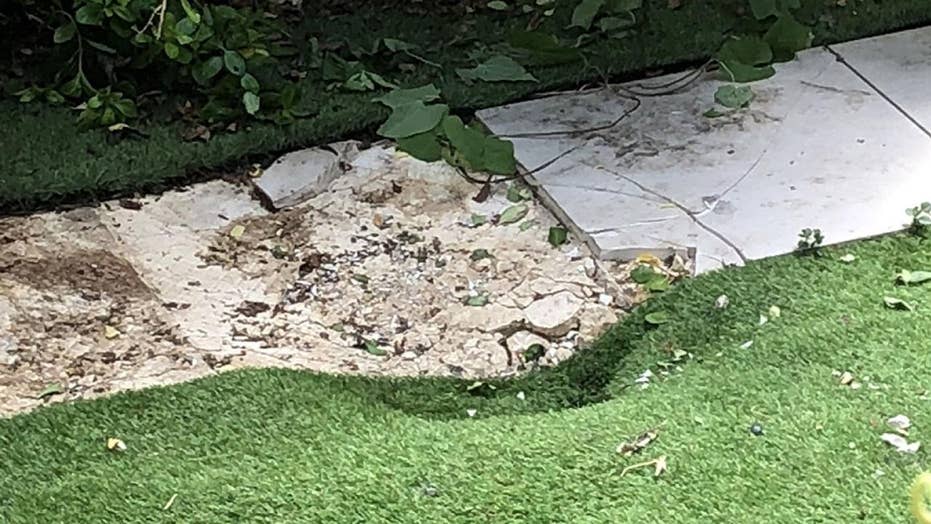 Police are investigating a body of a stowaway that landed in a London garden after falling from a plane’s landing gear.

British police have released a composite image in hopes of identifying a stowaway who died after falling out of a plane over London earlier this year.

The man, believed to be in his 30s, is suspected to have fallen out of the landing gear compartment on a Kenyan Airways flight to Heathrow Airport in late June, the Metropolitan Police say.

Investigators also released images of items that were found in the plane’s landing gear compartment when it landed.

A composite image of a man British police are hoping to identify. He was found dead on June 30 in south London after falling out of an airplane's landing gear compartment, police say. (Metropolitan Police)

“The strap of the bag had the distinctive lettering ‘MCA’ written onto it, and the bag also contained a small amount of Kenyan currency,” the Metropolitan Police said in a statement on Thursday.

The flight originated from Nairobi and the death is not being treated as suspicious. The body was discovered in a garden.

A man who was sunbathing in the yard at the time, identified as John Baldock, a software engineer in his 20s, was so traumatized by the scene he was “unable to speak” from the shock, The Sun reported.

Another neighbor told the outlet that the impact was so great, “it shook” the house.

The body currently is being stored at a mortuary.

“This man has a family somewhere who need to know what has happened to their loved one,” Detective Sgt. Paul Graves said.