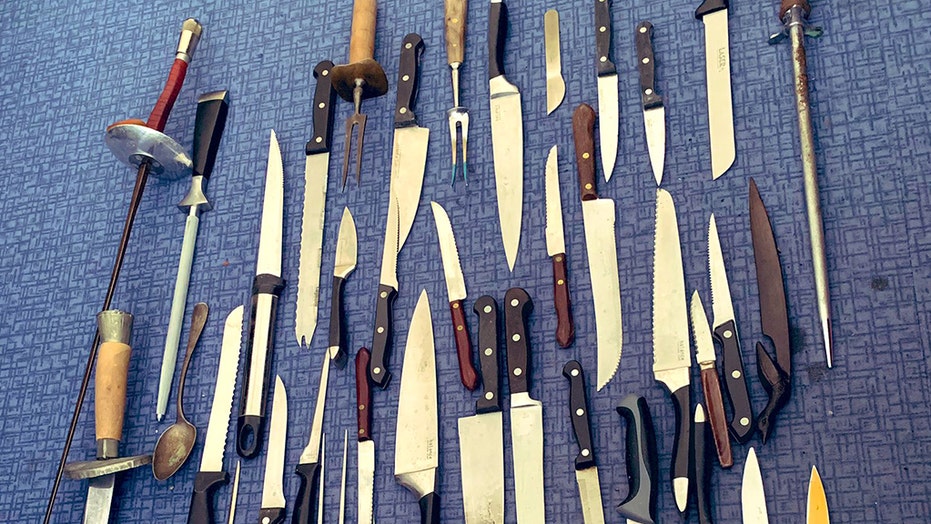 A British police station this week lauded themselves with a picture on Twitter designed to showcase their efforts at tackling knife crime - but didn't quite scoop up the coverage they were hoping for thanks to the presence of a rogue spoon in the image.

The Regents Park Police force announced that it had "conducted weapons sweeps, dealt with a person injured from a van reversing on them, reported a burglary, and collected all these from @scope charity shop who diligently didn't want them to get into the wrong hands & disposed of correctly & safely,” read the tweet.

But with that glaring spoon, cue the chorus of internet mockery.

Journalist Tim Pool pointed out a butter knife also made the cut.

Others hit back with “every day I’m thankful for 1776 and the Revolutionary War,” “cereal killer” and “Shall I bring u also my pens or shoelaces?”

And within hours, the memes too had ensued.

Another wrote: “Bless you and bless your officers. My mother got killed by a spoon-wielding thief. Thank you for putting your lives on the line.”

Knife crime in the U.K. is a serious problem. In March, Britain's National Police Chiefs Council chairwoman Sara Thornton described the growing epidemic as a “national emergency,” which had risen to unprecedented levels over the past four years.

Analysts have pointed to a range of factors as being behind the disturbing crime, especially underscoring budget cuts in policing and social services. According to the Office for National Statistics, in 2018 there were 40,829 incidents reported across England and Wales involving a knife or sharp object.

That marks an average of 112 every day, also igniting a resource drain on hospitals and emergency rooms.