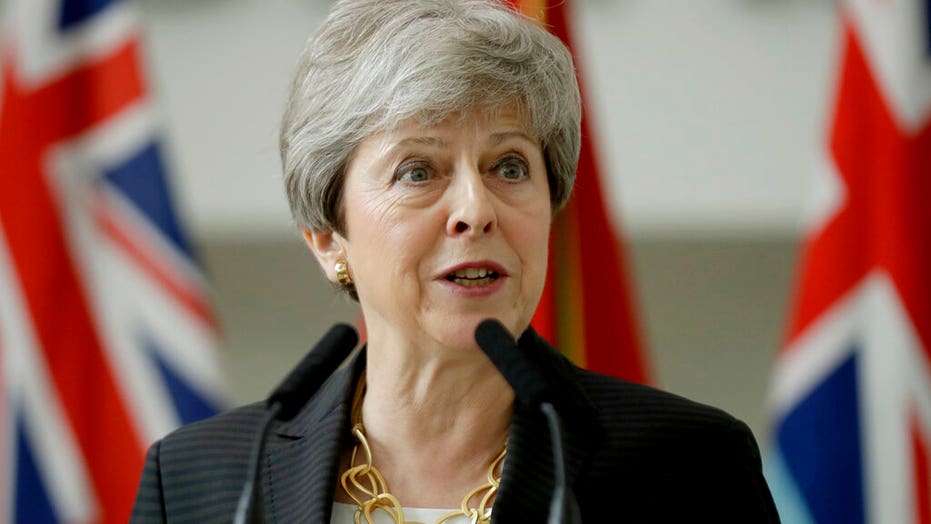 LONDON – Outgoing Prime Minister Theresa May on Tuesday issued a statement of support to Britain’s ambassador to the U.S. after President Trump cut off contact with him amid the leak of diplomatic cables.

May backed ambassador Kim Darroch amid the controversy over leaked diplomatic cables in which he disparaged Trump, including calling him “inept.”

Downing Street said Darroch “continues to have the prime minister's full support,” adding that “We have made clear to the U.S. how unfortunate this leak is” and that “the selective extracts leaked do not reflect the closeness of, and the esteem in which we hold, the relationship.”

“At the same time we have also underlined the importance of ambassadors being able to provide honest, unvarnished assessments of the politics in their country,” the spokesman added.

In the leaked documents, Darroch described the Trump administration as “diplomatically clumsy and inept” and said he doubted it would become “substantially more normal.”

The memo was one of several documents published by the Mail on Sunday in which Darroch apparently made other highly negative statements about the government of Britain's closest ally.

Trump on Sunday called Darroch ineffective and said “he has not served the U.K. well.”

He followed up on Twitter Monday to attack both Darroch and May – announcing that he won’t work with the ambassador anymore.

“I have been very critical about the way the U.K. and Prime Minister Theresa May handled Brexit. What a mess she and her representatives have created. I told her how it should be done, but she decided to go another way,” he wrote in a tweet.

“I do not know the Ambassador, but he is not liked or well.... thought of within the U.S. We will no longer deal with him,” he added.

While the leak prompted awkwardness between the two countries that tout the “special relationship” and some called upon the government to recall Darroch, senior Conservative Party figure and former Foreign Secretary William Hague said the government was right to back him.

“You can’t change an ambassador at the demand of a host country,” Hague told the BBC. “It is their job to give an honest assessment of what is happening in that country.”