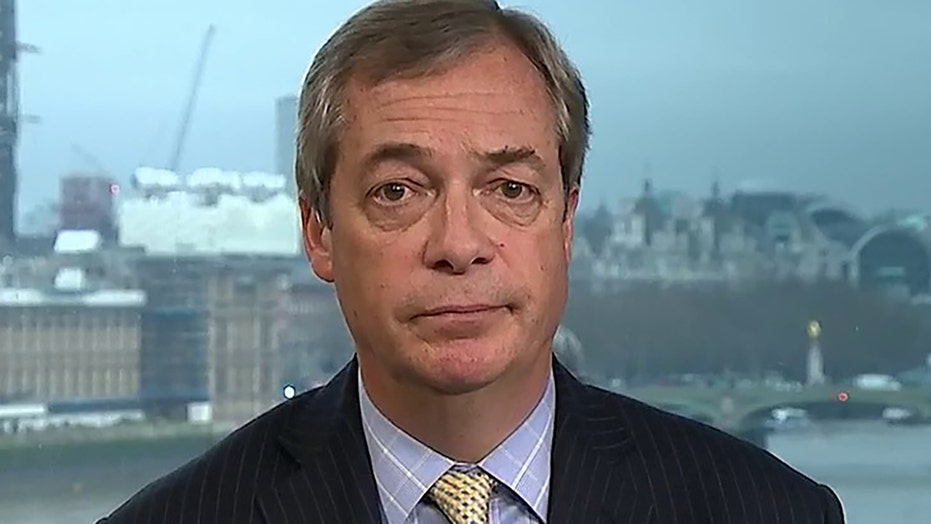 The United Kingdom is leaving the European Union Friday, becoming the first country to exit in its 62-year history.

The departure comes more than three years after the country voted for Brexit and after two failed prime ministers. Britain officially departs the EU at 11 p.m. local time Friday.

The day should be markedly quiet for an event that has sparked heated debate on the island - and across the continent. Some Union Jack flags will be taken from European Union buildings in Brussels and ones near Parliament will be lit up in the country’s colors, but for many, the day could pass unnoticed.

Brexiter Nigel Farage plans to speak and sing patriotic songs in London’s Parliament Square, a scene Prime Minister Boris Johnson – who has been dogged by Brexit – plans to stay away from.

Johnson is to meet in the morning with his Cabinet in the pro-Brexit town of Sunderland, in northeast England. He is scheduled to deliver a televised address to the country an hour before departure, calling Brexit “not an end but a beginning.”

According to his office, he will describe it as "a moment of real national renewal and change.”

Brexit isn’t a celebration for the EU, which is losing one of its most powerful members.

EU Commission President Ursula von der Leyen said Wednesday, "We will always love you and you will never be far."

Johnson has promised a “dignified exit” that is “mindful of everybody's feelings."

The June 2016 vote to leave the EU was a narrow 52 percent to 48 percent, and nearly four years later Johnson still presides over a deeply divided nation.

It has also brought Scotland, which voted by 62 percent to remain, closer to seeking independence.

Scottish Brexit Secretary Mike Russell urged the EU to “leave a light on for Scotland” so that it could eventually return.

British politicians struggled in the years since the vote to agree on what they wanted from Brexit – whether it would be a clean break or slower departure.

The remaining 27 EU nations led by negotiator Michael Barnier, did know what they wanted and a deal was finally struck in late 2018, which included the major UK concession of keeping an open border between the EU’s Republic of Ireland and the UK’s Northern Ireland.

After the Brexit date was pushed back several times as both sides argued, many exhausted UK voters went with Johnson’s party in last month’s election because he promised he would get it done.

With a sizeable majority in Parliament, Brexit was finally rescheduled for Jan. 31., which is also the beginning of a transition period that will last through the end of the year.

Changes may appear small at first, and the UK will continue to follow EU rules and pay their coffers, as negotiations on trade and security, among other issues, will begin.

Johnson insists the transition period will be over before the end of the year, but the EU is more skeptical of that timetable, citing similar deals with Canada, Japan and South Korea that took years to settle.