Britain's former foreign secretary Boris Johnson promised not to “kick the can” on Brexit as he formally launched his push to succeed Prime Minister Theresa May -- while showing no signs of pulling back from the colorful and controversial language that has helped win him the backing of President Trump.

Standing in front of an enormous blue “Back Boris” logo, Johnson, the former mayor of London, told his fellow members of the Conservative Party that he was the man to succeed May as Tory leader, deliver Britain’s departure from the E.U., and avoid losing in a general election to Jeremy Corbyn's Labour Party.

“After three years and two missed deadlines, we must leave the E.U. on October 31,” he said, before calling for "guts" and "courage" in negotiating with Brussels for a better exit deal.

“Delay means defeat. Delay means [Labour leader Jeremy] Corbyn,” he warned his party. “Kick the can again and we kick the bucket."

Johnson resigned as the country’s top diplomat last year over May’s handling of Brexit, and later sparked controversy by describing her strategy as wrapping a “suicide vest" around the constitution and handing the detonator to European officials.

May stepped down last week, having failed to get her withdrawal agreement -- negotiated with the E.U. -- passed through Parliament. As she had struggled to get Brexit over the finish line, the stalemate led to multiple delays for Britain’s departure, with the country now scheduled to leave in October -- more than three years since Brits voted to leave.

The Tories were trounced in last month’s European Parliament elections, with Nigel Farage’s Brexit Party finishing first. Polls suggest that if an election were held today, the opposition Labour Party would finish top. Johnson referenced those results when he spoke of a “mood of disillusion” in the country at Westminster’s ability to get things done. 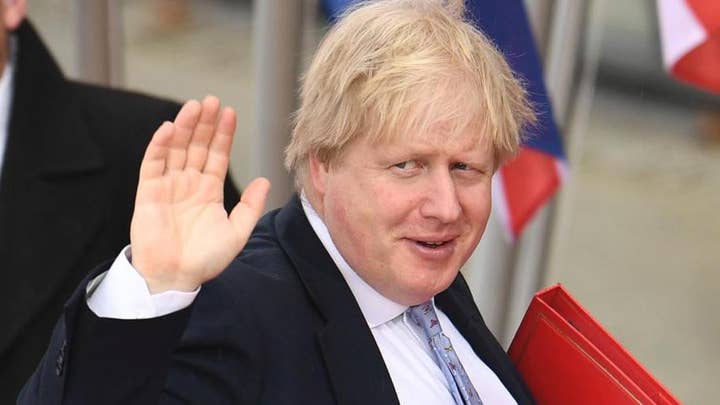 “The longer it goes on, the worse the risk that there will be serious contamination and a real loss of confidence because the people of this country deserve better from their leaders,” he said. “They need courage and they need clarity and they want a resolution. And that is our mission today.”

The dive in the polls for the Tories has led to more muscular language on Brexit from leadership hopefuls, with some declaring their openness to a possible “no deal” Brexit. Johnson said that Britain should prepare “seriously” for such an outcome.

Johnson, a top pro-Brexit campaigner in 2016, has picked up the most support from his fellow Tory MPs and is currently comfortably the bookmakers' favorite to win the Conservative Party leadership. Whoever wins the leadership contest will also become prime minister.

He has also gained support from President Trump, who said Johnson would do “a very good job.”

"I like him. I have always liked him. I don’t know that he is going to be chosen, but I think he is a very good guy, a very talented person,” Trump told The Sun. “He has been very positive about me and our country.” 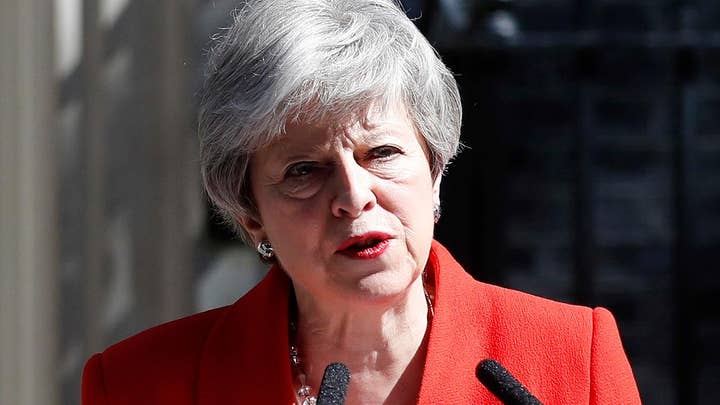 Johnson, nonetheless, faces a packed field of candidates, and questions about alleged drug use and alleged extramarital affairs could be tricky for him in the coming weeks. On Wednesday he avoided a question on drug use, which has become somewhat of a sideshow among the leadership candidates after rival Michael Gove admitted he snorted cocaine 20 years ago when he was a journalist. Other candidates have since said whether they smoked cannabis or ingested any other drugs.

He was asked about his use of language, which has sparked numerous controversies over the years, particularly a spat last year after he defended Muslim women’s right to cover their faces, but said that such women look like “letter boxes” and bank robbers.

Johnson said he was sorry for the offense caused by his remarks, but said that while “occasionally some plaster comes off the ceiling as a result of a phrase I may have used” that it was important for politicians to speak their mind and speak directly. His language appeared to be something of a play on the face-covering controversy.

“But I think it’s vital that we as politicians remember that one of the reasons why the public feels alienated now from us all as a breed, is because too often they feel we are muffling and veiling our language, if I might put it that way, not speaking as we find, covering everything up in bureaucratic platitudes, when what they want to hear is what we genuinely think.”