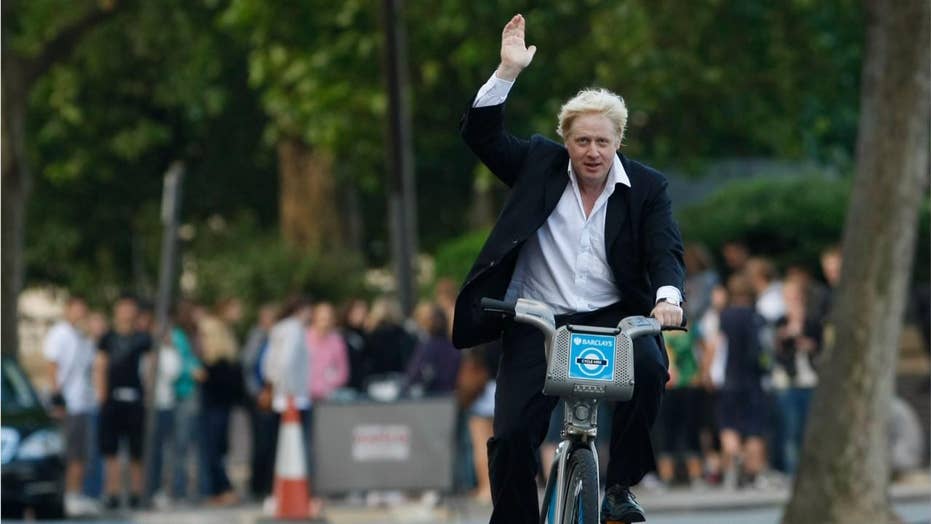 Could UK Prime Minister Boris Johnson's parody of 'Love Actually' give conservatives the nine seats they need for Brexit?

Johnson was recorded driving a bulldozer labeled “Get Brexit Done” through a wall depicting the word “Gridlock” at a construction company in Stafford, England.

Appealing to humor in a last-ditch effort before the U.K. general election on Tuesday, Johnson also released a parody of the classic holiday movie “Love Actually” with an ad entitled “Brexit, actually.”

The video shows Johnson popping up unannounced at a woman's door with a boombox that plays "Silent Night" and a poster board that reads "say it's Carol Singers," exactly as actor Andrew Lincoln, who plays Mark in the movie, does. But instead of professing his love for the woman, he instead asks her to vote for the Conservative Party during Thursday's general election.

"With any luck, by next year ... we'll have Brexit done (if Parliament doesn't block it again), and we can move on," Johnson's placards read. "But for now let me say your vote ... has never been more important ... the other guy could win."

Johnson will face off against Labor Party leader Jeremy Corbyn on Thursday. Johnson has fashioned himself as the candidate who will wrap up Britain’s exit from the European Union (EU). Additionally, 650 seats will be up for grabs in the House of Commons.

Johnson crafted a revised deal, but it still failed to be passed into law on Oct. 31. The EU agreed to grant a final extension for exit to Jan. 31, around 6 weeks after the general election.