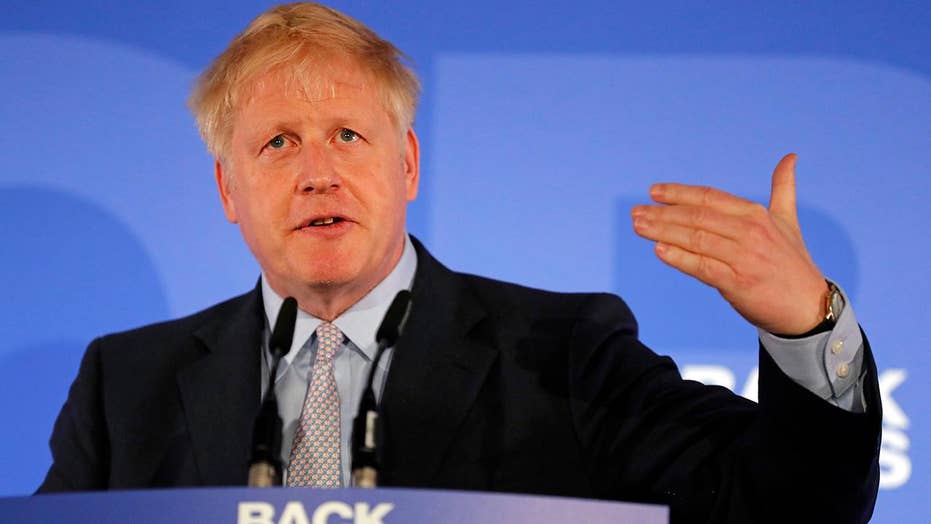 Former Foreign Secretary Boris Johnson on Thursday cruised through the first round of voting in the race to succeed Theresa May as Conservative Party leader and as prime minister -- gaining significantly more votes than his rivals and taking him a significant step closer to 10 Downing Street.

BORIS JOHNSON LAUNCHES BID TO SUCCEED THERESA MAY, PROMISES NOT TO 'KICK THE CAN' ON BREXIT'

Johnson, who was a key campaigner for Britain to vote to leave the E.U. in 2016, has held a muscular approach to negotiations with Brussels, promising that Britain will leave the bloc in October with or without a withdrawal agreement. May resigned after a number of delays to Britain’s departure as Parliament rejected her agreement on three different occasions.

“After three years and two missed deadlines, we must leave the E.U. on October 31,” he said Wednesday,

Johnson has told fellow Brexiteers that he will leave open the radical possibility of suspending Parliament to force through a “no-deal” Brexit if negotiations with Brussels fail, rather than again delay Brexit, The Times of London reported Thursday.

With Johnson holding a commanding lead, it remains to be seen if those opposed to Johnson becoming the next prime minister will rally around an “anti-Boris” candidates, and if that will be a more moderate pro-Brexit candidate, or someone who voted to remain in the E.U. in 2016.

There will be a number of other ballots held -- including one next week with a threshold of 33 votes to move to the next round -- until a head-to-head race between the top two candidates, voted on by all Conservative Party members.

Some are eyeing Stewart as a possible anti-Boris candidate. Stewart voted against Brexit in 2016, and has vigorously opposed a “no-deal” Brexit. In a recent interview with Time, he described himself as a “sort of Trumpian anti-Trump.”

Johnson meanwhile has picked up the support of Trump, who said both he and Hunt would be good in the top job.

"I like [Johnson]. I have always liked him. I don’t know that he is going to be chosen, but I think he is a very good guy, a very talented person,” Trump told The Sun . “He has been very positive about me and our country.”

Johnson is perhaps the most well-known politician in the U.K., and has spent decades in the public eye as a colorful journalist, MP and a mayor of London before becoming the nation’s top diplomat in 2016. He resigned last year over May’s handling of Brexit and later described May's strategy as putting a suicide vest on Britain and handing the detonator to European officials.