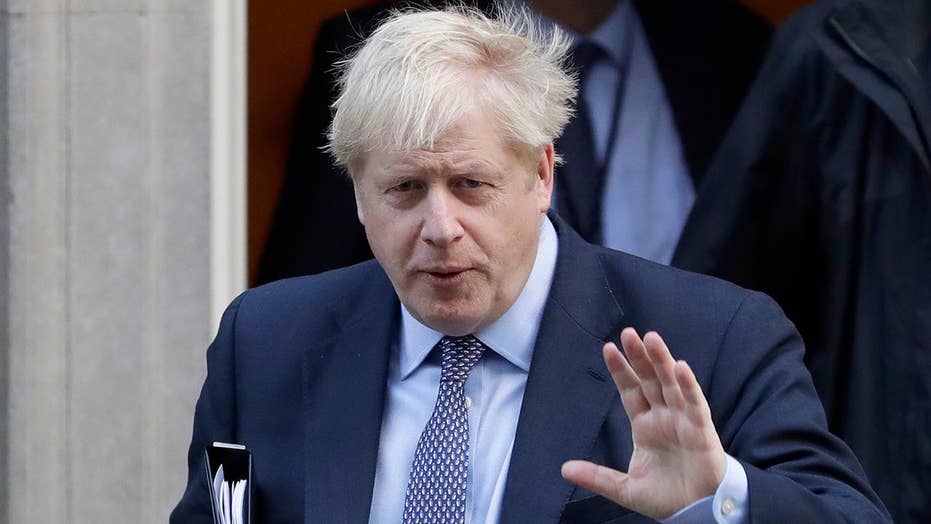 British lawmakers back Prime Minister Boris Johnson's Brexit bill in principle but vote down his timetable, threatening October 31 deadline for U.K.'s exit from the European Union.

Boris Johnson will launch an attempt to hold a general election in Britain on December 12 to "get Brexit done."

The British prime minister will attempt to convince members of Parliament to formally back the bid on Monday, but he will need the support of two-thirds of the House of Commons. Britain's next scheduled election is not until 2022. The main opposition Labour Party has said it would support an election once "the threat of a no-deal crash-out is off the table."

Johnson's move comes after his Brexit bill was finally passed earlier this week, but lawmakers defeated his request to push through the legislation in a three-day timetable, saying it didn't provide enough time for scrutiny. He said he expected the European Union to grant an extension to his October 31 deadline, likely to be to the end of January. The EU is expected to give its verdict on an extension on Friday.

"I'm afraid it looks as though our EU friends are going to respond to Parliament's request by having an extension, which I really don't want at all," Johnson said.

Britain's Prime Minister Boris Johnson leaves 10 Downing Street, on his way to parliament in London, Thursday October 24, 2019. Johnson has announced Thursday that he wants a General Election. (PA via AP)

The prime minister said the Dec. 12 date will give lawmakers time before the election to scrutinize his Brexit bill. Under his plan, Parliament would remain working until Nov. 6, when campaigning would start.

"We are going to give them all the time they want, between now and the dissolution of parliament to do scrutiny," he said. "We have had three years, we have been reasonable, if you want more time you can have it. But we must all agree to go for an election on 12 December."

In a letter to Jeremy Corbyn, leader of the opposition Labour Party, Johnson implored his rival to "end this nightmare and provide the country with a solution as soon as we reasonably can."

"If you commit to voting for an election next week (in the event of the EU offering a delay until 31 January and the Government accepting, as it is legally forced to do by Parliament), then we will make available all possible time between now and 6 November for the WAB [Withdrawal Agreement Bill] to be discussed and voted through, including Fridays, weekends, the earliest starts and the latest finishes.

"This means that we could get Brexit done before the election on 12 December, if MPs choose to do so.

"But if Parliament refuses to take this chance and fails to ratify by the end of 6 November, as I fear it will, then the issue will have to be resolved by a new Parliament. An election on 12 December will allow a new Parliament and Government to be in place by Christmas."

Furthermore, Johnson says if he wins a majority at the election, they will ratify the deal and "get Brexit done in January and the country will move on." He claims that if Corbyn wins, he will likely delay things further, and possibly pursue another referendum.

Chris Irvine is Senior News Editor at Fox News. His Twitter can be found @chrisirvine86
ADVERTISEMENT