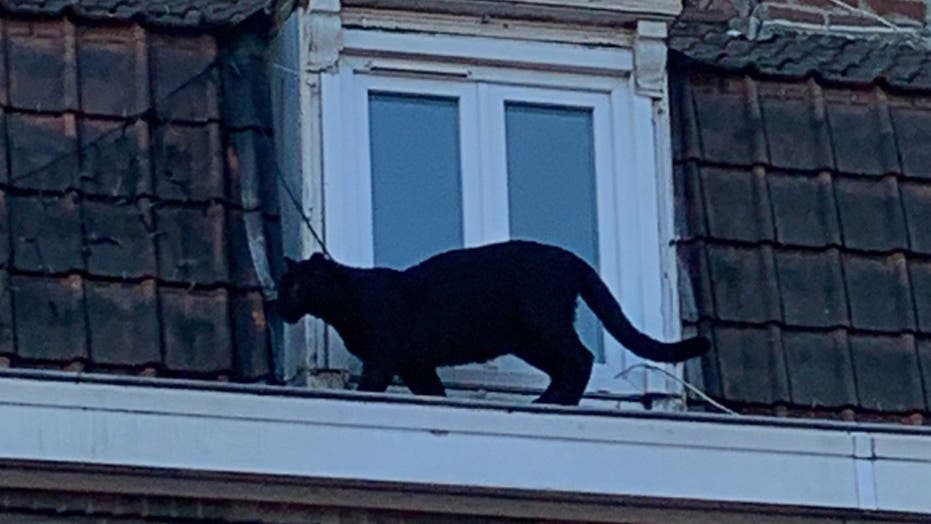 A black panther that drew international attention when it was caught prowling a French city's rooftops was on the loose again after being stolen from a zoo.

The theft was reported Tuesday at the Maubeuge zoo, where the animal was brought after being captured last week in Armentieres.

“This animal was the only target,” Maubeuge mayor Arnaud Decagny said, according to Agence France-Presse.

“The care given at the zoo allowed the panther to regain strength,” he said on Facebook. “Under current conditions, I can only be worried about his health.”

The thieves went to great lengths to avoid the zoo’s surveillance cameras and alarms, Metro reported.

The panther, weighing about 55 pounds and believed to be a few months old, was being kept illegally in Armentieres, according to reports.

Officials believe it wound up on the rooftops after escaping through an open window of his owner’s home.