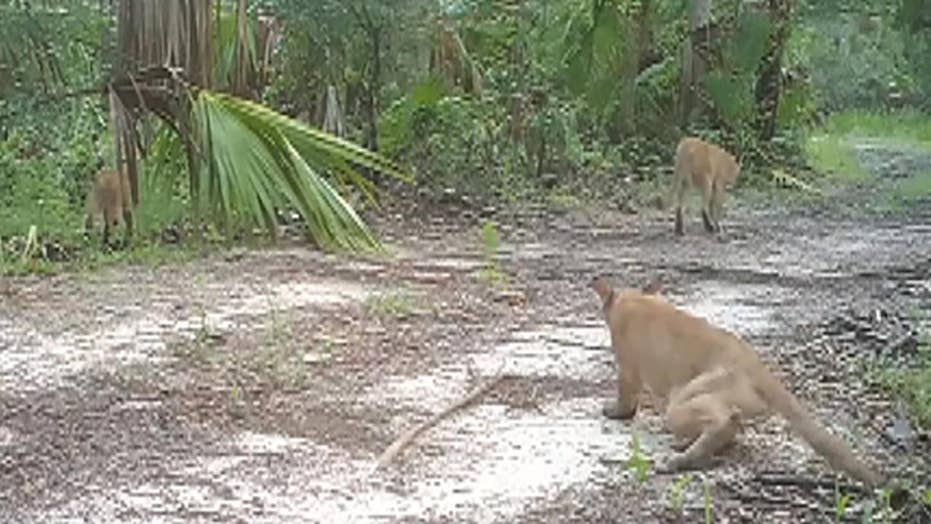 An inexplicable crippling disorder appears to be affecting some Florida panthers, puzzling wildlife officials who are working to determine what is ailing the endangered animals.

The Florida Wildlife and Conservation Commission (FWC) this week announced some of the state’s big cats — namely kittens —  have “exhibited some degree of walking abnormally or difficulty coordinating their back legs.”

So far, FWC officials said they have confirmed neurological damage in one panther and one bobcat, but noted at least eight other panthers and one adult bobcat are also “displaying varying degrees of this condition.”

Trail footage from three counties — Collier, Lee, and Sarasota — shows some cats exhibiting the disorder. In one clip, a kitten loses its balance; its hind legs seem to simply give out. It manages to get up, albeit slowly, before trotting off after its mother.

Officials said the disorder, as of now, seems to be limited to those counties.

While officials have ruled out a number of diseases and possible causes, an exact cause for the cats’ “abnormal gait” has not yet been discovered, Michelle Kerr, a spokeswoman for the state agency, told Fox News.

That said, there are suspicions, which include “a variety of toxins and infectious disease,” she said.

“One of these potential causes is bromethalin, a rat pesticide, commonly used in the United States to control rats,” Kerr added, noting the FWC “does not currently have information on any poisoning efforts.”

Florida panthers, the state’s official animal, are a subspecies of pumas, which once had the “largest range of any land mammal in the Americas,” the wildlife agency says. The Florida panther is the only puma subspecies that exists east of the Mississippi River.

There are just 120 to 230 adult Florida panthers — one of the two wild cats found, the other being the bobcat  — in the state, according to the FWC, which makes the condition currently affecting some of the cats more of a concern.

Conservation efforts beginning in the 1970s and 1980s helped save the cats from extinction. At that time, there were an estimated 20 to 30 panthers in the state, the U.S. Fish and Wildlife Service says.

Today, Florida panthers are primarily threatened by habitat loss and cars and highways, among other challenges, according to officials.