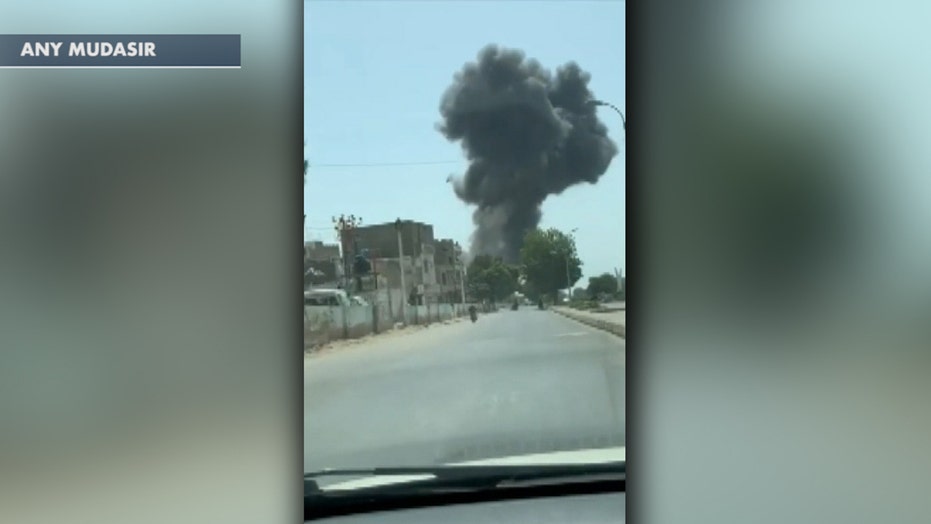 New footage and images show the incredible moment that survivors were pulled from the airplane crash in Pakistan.

Photos show Bank of Punjab president Zafar Masood and at least one other passenger, identified as Muhammad Zubair, after they were freed from the smoldering wreckage. The survivors sat at the front of the plane, which may have contributed to their survival.


Footage shows a number of locals carrying Masood, their arms like a stretcher, stumbling over the wreckage as they struggled to keep him from falling.

“Thank you so much. God has been merciful,” Masood said, according to officials who spoke to him in the hospital after the crash.

A Pakistan International Airlines flight smashed into a residential area in Karachi on Friday following engine failure. The civil aviation authority said the pilot called in a mayday saying that he had lost an engine. He was attempting to land when the plane crashed.

Volunteers carry an injured person at the site of a plane crash in Karachi, Pakistan, Friday, May 22, 2020. (AP)

Volunteers carry the dead body of a plane crash victim at the site of a crash in Karachi, Pakistan, Friday, May 22, 2020.  (AP)

The airport in the northeastern city of Lahore, where the flight originated, initially said there were 107 people on board but that number was later revised down to 91 passengers and seven crew members. Spokesman Abdul Sattar Kokhar said the discrepancy was due to confusion in the chaotic aftermath of the crash.

The mayor of Karachi initially reported that everyone had died on impact, but officials later reported that at least two people had survived.

Rescue workers gather at the site after a Pakistan International Airlines flight crashed in a residential neighbourhood in Karachi on May 22, 2020.  (AFP via Getty)

Residents of an area hit by a plane crash wait for medical help in Karachi, Pakistan, Friday, May 22, 2020. (AP)

The military quickly was sent to the scene, according to a series of tweets from a spokesperson for Pakistan's armed forces.

Chris Irvine and The Associated Press contributed to this report.