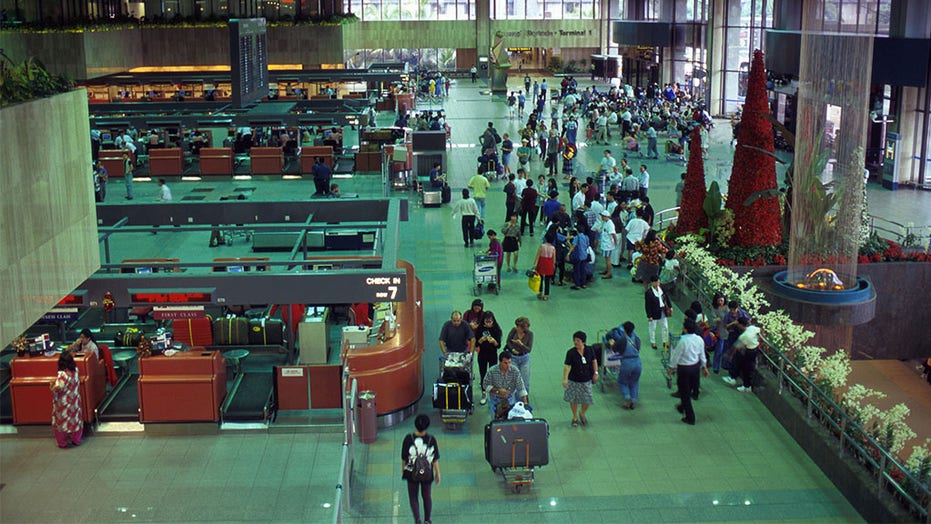 A former baggage handler at the end of his rope in Singapore was sentenced to three weeks in jail on Monday for allegedly ruining the trips of hundreds of customers while costing two airlines thousands of dollars.

Tay Boon Keh, 66, was arrested for allegedly swapping the luggage tags of nearly 286 bags in Changi Airport, causing them to be sent to unintended destinations.

He admitted to changing the bag tags of unsuspecting passengers flying on Singapore Airlines and SilkAir between November 2016 and February 2017 -- after feeling mistreated while working for Lian Cheng Contracting, a sub-contractor of Changi Airport Group, according to Channel News Asia.

A former baggage handler at the end of his rope was sentenced to three weeks in jail on Monday for allegedly ruining the trips of hundreds of customers at the airport, while costing two airlines thousands of dollars. (Photo by Serge Attal/The LIFE Images Collection via Getty Images/Getty Images)

Boon Keh was responsible for making sure luggage was properly aligned and placed on the X-ray machine during security screenings, but towards the end of September 2016, his machine broke down several times -- forcing him to carry the bags to a working machine about six minutes away, the outlet reported.

He informed his supervisor that it was too difficult to carry the bags for that long of a distance, but no additional help was given to him, according to the prosecutors.

Feeling mistreated by management, he developed the scheme to inconvenience his employer with the goal of making sure they were aware of the lack of support given to him, according to CNA. A veteran of the airport, he even knew where the security cameras were set up, so he could get away with it.

Boon Keh was eventually apprehended after a representative at Changi Airport filed a police report, saying he had received emails about 20 passengers whose bags were rerouted to unforeseen destinations, the outlet reported.

Singapore Airlines and SilkAir also received an additional 266 complaints about bag tampering after the police report had been filed, according to CNA.

The airlines were forced to pay out nearly 221 impacted customers at the cost of roughly $42,000.

[Only because of] "the concerted effort of various police divisions that the accused was identified several days after the accused's last swap", Deputy Public Prosecutor Thiam Jia Min told the outlet. "A clear message has to be sent out to potential offenders that such acts have major consequences and that they should always resort to other more appropriate and legal channels to vent their frustrations."

The defense told CNA that Boon Keh suffered from a major depressive disorder, which they said prevented him from having control over his actions.

However, District Judge Jasvender Kaur ruled that Boon Keh had a "significant amount of control over his actions."

"The offenses are not trivial," she added. "The accused had come up with a plan to exact revenge on his employer for perceived unfair working conditions and abused his position 286 times over close to three-and-a-half months."