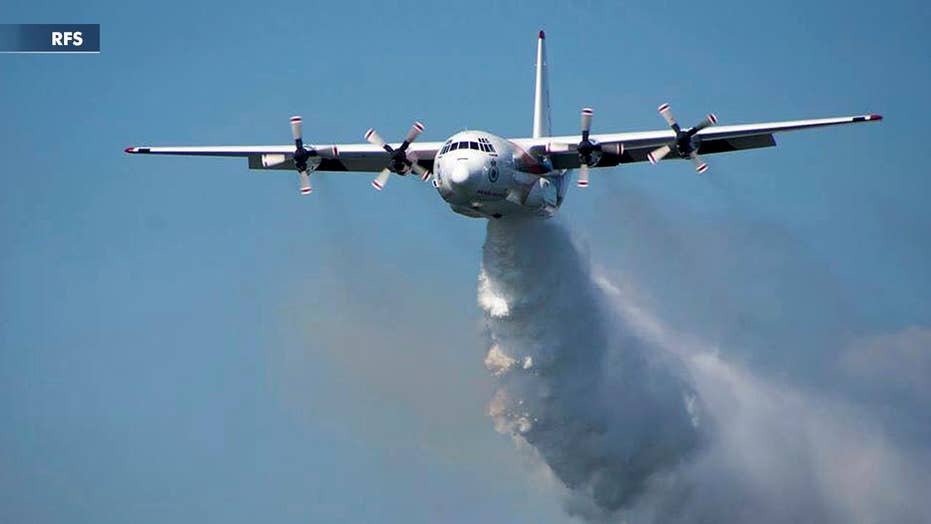 Australia’s wildfire and drought-stricken east coast is getting some much-needed relief Friday in the form of heavy rains.

New South Wales -- the state hardest hit by wildfires – is experiencing some flooding as firefighters are still dealing with dozens of blazes in the area. The fires have left at least 33 dead and have destroyed more than 3,000 homes since breaking out in late 2019.

"The rain is good for business and farms as well as being really good for quenching some of these fires we've been dealing with for many, many months," New South Wales Rural Fire Service Commissioner Shane Fitzsimmons said Friday.

A helicopter drops water on a fire near Bumbalong, south of the Australian capital of Canberra, on Feb. 1, 2020.

Fitzsimmons noted there were still 42 fires burning in the state, with 17 of those not contained.

“We don't want to see lots of widespread damage and disruption from flooding, but it is certainly a welcome change to the relentless campaign of hot, dry weather," he added.

Firefighters can’t contain major blazes across the southeast without heavy rain. The rain forecast to move southwest from the northeastern coast over the next week would be the first substantial soakings to reach dozens of fires that have spread for weeks.

NSW Rural Service spokeswoman Angela Burford told the BBC the rain is "that constant, steady, decent rainfall that we've been praying for for so long."

"This isn't just one of those scattered showers we saw a month ago," she added. "This is really helping our firefighters, and in some places, giving them a well-needed rest."

"It was fantastic to wake up to much-needed rain this morning!" Clover Moore, the mayor of Sydney, tweeted Friday. "Today has already been the wettest Sydney day in 15 months, and thankfully it's raining across NSW where we need it most."

Heavy rain and flash-flooding warnings extended across most of the New South Wales coast on Friday.

Authorities say they rescued six people stranded from floodwaters there since Wednesday.