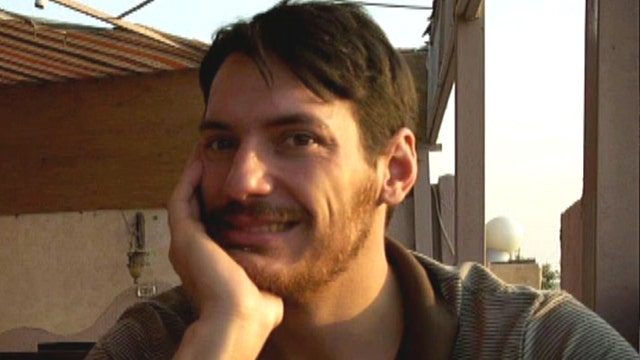 Texas family holds out hope for son missing in Syria

Austin Tice is a former Marine turned journalist, who was kidnapped by jihadist militants in August 2012 while reporting in Daraya, Syria. He has languished in captivity for over seven years as his family, and the U.S. government, continue to fight for his release.

Tice, 38, was a captain in the U.S. Marine Corps and journeyed to Syria as an independent journalist in May of 2012, before his final year at Georgetown Law School.

The Texas native was covering events in Syria for McClatchy, The Washington Post and other news organizations when he disappeared just days after turning 31.

About five weeks after his disappearance, a 43-second video emerged online showing him in the captivity of what his family described as an "unusual group of apparent jihadists."

The men in the video have Tice bound and blindfolded. They chanted "Allah-Akbar" throughout the clip and at one point, forced him to recite a prayer in broken Arabic.

There has been no public word on what happened to Tice since the video was publicized.

In August 2017, Julia Nesheiwat, the acting special presidential envoy for hostage affairs, said her office was deeply concerned about his well-being and was working to bring him home.

FAMILY OF KIDNAPPED JOURNALIST AUSTIN TICE FIGHTS TO KEEP CASE ALIVE 7 YEARS AFTER KIDNAPPING: 'THIS IS A VIABLE MISSION' 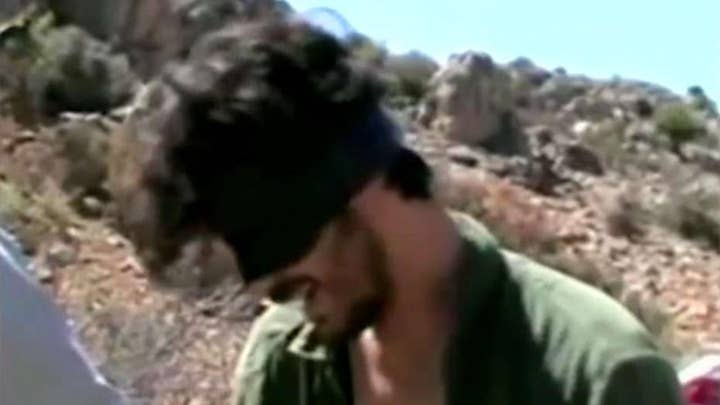 "His case has the attention of the highest levels in our U.S. government and the administration," Nesheiwat said in a statement to McClatchy. "We are actively working to secure Austin's release."

She added that U.S. officials will continue to work with the Czech Republic, as a go-between to Syria, in an attempt to obtain information about his whereabouts.

Tice's family has created a website at austinticefamily.com to advocate for his release and to draw attention to the case.

Tice's mother, Debra, said on Monday that she's “reasonably hopeful” that her son might be found, but also expressed frustration at a senior administration official, who has allegedly been obstructing the effort. She also credited President Trump for pushing harder than the Obama administration did to secure her son's release.

“This administration is pressing it much more diligently than the previous administration,” she told McClatchy. “There is a deliberate, concerted effort to make this happen.”

"I think it has not happened because somewhere at the senior level there’s some kind of obstruction," Debra added.

McClatchy reached out to the State Department and received a brief email response on the current administration's effort to free Tice.

FAMILY OF KIDNAPPED JOURNALIST AUSTIN TICE FIGHTS TO KEEP CASE ALIVE 7 YEARS AFTER KIDNAPPING: 'THIS IS A VISIBLE MISSION' 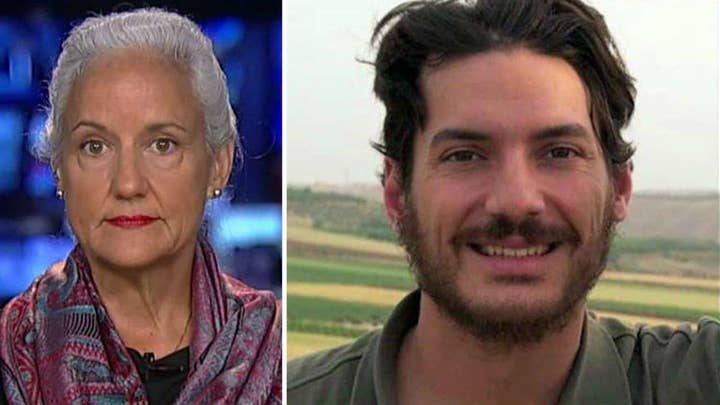 “Recovering American hostages is a top priority for this administration and President Trump continues to successfully secure the release of American hostages,” the State Department official wrote in an email. “We work tirelessly on each and every case of an American being held hostage abroad and we will continue to do so in the case of Austin Tice until he is back home with his family and loved ones.”

Tice's family said they, and other credible sources, believe he is still alive.

In June 2017, the New York Times reported that then-CIA Director and current Secretary of State Mike Pompeo had reached out to a Syrian government official in an effort to secure Tice's release. The backchannel shut down, however, after Syria launched a nerve gas attack on rebel-held territory in the northern part of the country. The Trump administration responded with a missile strike and negotiations fell through.

In April 2018, the Federal Bureau of Investigation (FBI) offered a $1 million reward "for information leading directly to the safe location, recovery, and return of" the former Marine.

Pompeo called upon the Syrian government to release Tice, and any other American hostages being held in Syria, back in September while addressing members of the media.

"The Trump administration never forgets about Americans wrongfully detained or held hostage abroad," he said. "Among the more than 100,000 people who have been detained or disappeared in Assad's prisons is American journalist Austin Tice.

"He has now spent seven years in captivity. He is just one of a number of American citizens held in Syria. And we call upon the Syrian regime to release them all."

Tice's father, Marc, spoke with Fox News in July and said his family won't be satisfied with any effort from the federal government until his son is safely back on U.S. soil. He also encouraged journalists to inquire about the status of his son's rescue when interviewing American lawmakers.

“You might be talking to them about an agriculture bill or something, but it’d be great if the last thing you said was ‘How’s it going to get Austin Tice home?’” he said.