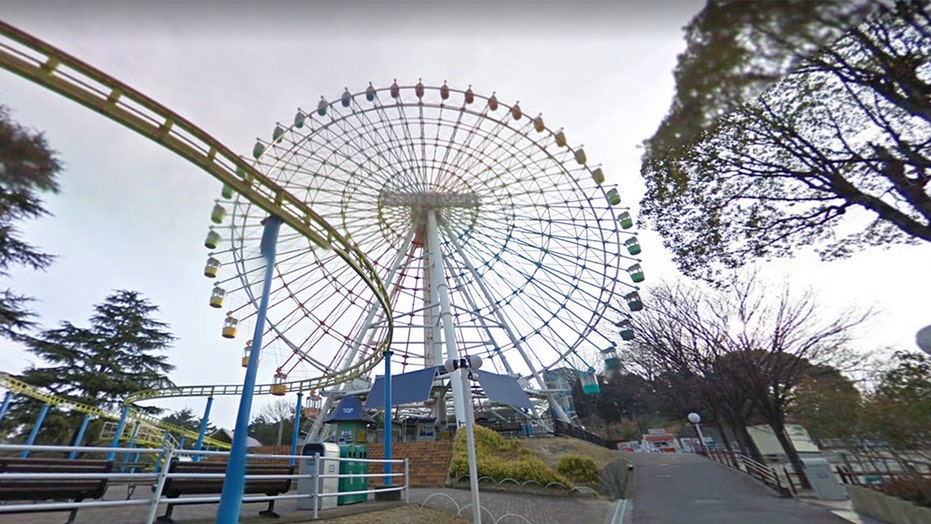 A man dressed as a mascot at an amusement park in Japan is one of at least 11 people who have died in recent days as a result of a heat wave that's sent temperatures soaring across the country.

The 28-year-old part-time worker at Hirakata Park in Hirakata was practicing for a dance performance around 7:30 p.m. Sunday on an outdoor stage while dressed as a fairy character, according to officials.

After dancing for about 20 minutes in the 35-pound outfit, the man lost consciousness and was rushed to the hospital, where he was pronounced dead, police told the Asahi Shimbun newspaper.

GIVE ME A BREAK: JAPANESE COACH TAKES HEAT FOR RESTING ACE

"We would like to offer a deep apology from the bottom of our hearts," Keihan Leisure Service, the park's operator, told Asahi Shimbun in a statement. "We will find the cause of it and work to prevent it from happening again.”

A man dressed in a mascot costume at Hirakata Park in Japan died after dancing during practice for 20 minutes while wearing a 35 lb outfit. (Google Maps)

The temperature at the time was 83 degrees, according to the newspaper.

Park officials told Mainichi Shimbun the man had not reported any abnormalities before he lost consciousness and had stayed hydrated during the practice. The park has since decided to cancel costumed shows for the rest of the summer, according to the newspaper.

How to manage the heat: What to do and what not to do when it comes to caring for yourself

Dr. Ernest Patti gives you all the best tips to keep yourself healthy during the summer heatwave.

The death was one of 11 reported in the last week after temperatures have spiked across Japan. Heat-related medical issues have sent more than 5,600 people to hospitals, Kyodo News reported.

Temperatures of 98 degrees Fahrenheit were recorded Tuesday in the town of Ibigawa, according to Kyodo. Temperatures in Japan are forecast to remain above average the rest of the week, prompting the country's Meteorological Agency to urge people to stay hydrated and take breaks.