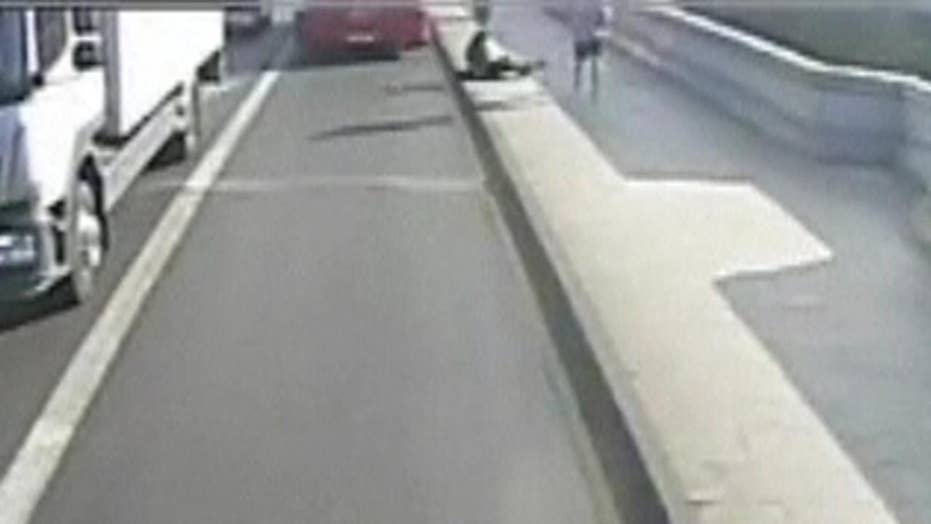 An American investment banker who was arrested on suspicion of pushing a woman in front of a London bus earlier this year said he was in the United States at the time, his lawyers said.

Eric Bellquist, 41, who is employed by Hutton Collins Partners, was arrested Thursday by London’s Metropolitan Police on suspicion of causing grievous bodily harm, according to The Guardian. Bellquist was released pending further inquiries.

Law firm Duncan Lewis Solicitors said Friday that their client “has been wrongly implicated” in the case and Bellquist has “irrefutable proof” he was in the United States at the time of the May 5 incident.

1/3 Eric Bellquist, who was arrested yesterday in relation to an assault that took place on #PutneyBridge has been wrongly implicated

“Our client has been wrongly implicated in this matter; he categorically denies being the individual concerned and has irrefutable proof that he was in the United States at the time of the incident,” the law firm said in a statement. “Consequently we expect a swift resolution to this wholly untrue allegation.”

Surveillance camera footage showed a jogger in shorts and a T-shirt banging into the 33-year old victim, who tumbled in front of a double-decker bus. The bus swerved just in time to avoid hitting the woman.

After the bus stopped, passengers ran off to aid the woman, who suffered non-life threatening injuries. She apparently attempted to speak to the suspect, “but he did not acknowledge her and carried on jogging,” Met Police said.

Officials released the video Tuesday hoping the public could help identify the suspect.