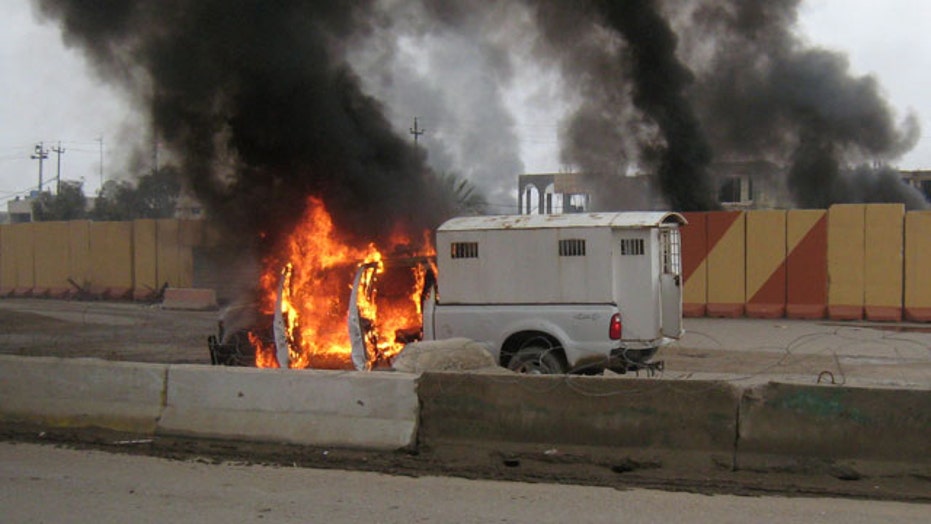 After fighting in a bloody three-day war, Al Qaeda-affiliated militants captured the western city of Fallujah, and raised its flag over government buildings in the city previously secured by U.S. forces before withdrawing from the country two years later.

Hadi Razeij, head of the Anbar province police force, said police had left the city center entirely and had positioned themselves on the edge of town.

"The walls of the city are in the hands of the police force, but the people of Fallujah are the prisoners of ISIL," he said, speaking on Arabic language satellite broadcaster al-Arabiya.

Fallujah, along with nearby provincial capital Ramadi, was a stronghold of Sunni insurgents during the U.S.-led war in Iraq. Al Qaeda militants largely took both cities over last week and have been fending off incursions by government forces there since.

The U.S. State Department expressed its concern in a statement, saying it would continue to work with Iraqi authorities and tribes allied against ISIL "to defeat our common enemy."

"We are also in contact with tribal leaders from Anbar province who are showing great courage as they fight to eject these terrorist groups from their cities," Deputy Spokesperson Marie Harf said.

The Washington Post reported that at least eight people were killed and dozens injured Friday night as the Iraqi army tried to regain control of the city. The army, which lobbed mortar bombs in its response, had been joined in the fray by tribesmen from Ramadi, a Sunni stronghold.

Major Sunni tribes turned against Al Qaeda before the American withdrawal at the end of 2011, but also do not support the Shiite-led government in Iraq, creating an odd alliance in the battle against militants. The total death toll from the violence, which began earlier in the week, is not yet known.

On Friday, Al Qaeda gunman sought to win over the population in Fallujah with a militant commander appearing among worshippers holding Friday prayers in the main city street, proclaiming that his fighters were there to defend Sunnis from the government, a resident said.

"We are your brothers from the Islamic State in Iraq and Levant," militants shouted through the city using a stolen police car. "We are here to protect you from the government. We call on you to cooperate."

The overrunning of Fallujah and Ramadi, another Sunni stronghold, by Al Qaeda’s Iraqi branch in the Sunni heartland of western Anbar provinces is a blow to the Shiite-led government of Prime Minister al-Malik. His government has been struggling to contain discontent among the Sunni minority over Shiite political domination that has flared into increased violence for the past year.

Anbar province, a desert area on the borders with Syria and Jordan, has almost an entirely Sunni population. The area served as the heartland of the Sunni insurgency that rose up against American troops and the Iraqi government after the 2003 U.S.-led invasion that toppled Saddam Hussein. The insurgency was fueled by anger over the dislodgment of their community from power during Saddam’s rule and the rise of Shiites. It was then that Al Qaeda established its branch in the country.

Authorities earlier this week arrested a senior Sunni politician and dismantled a months-old sit-in in Ramadi sparking anger among Sunnis.

In an effort to ease tensions, Al-Maliki pulled the military out of Anbar cities to transfer security duties to local police, a top demand of Sunnis who see the army as a tool of Al-Maliki’s rule. Al Qaeda militants then erupted in Fallujah and Ramadi overrunning police station, driving out security forces and freeing prisoners.