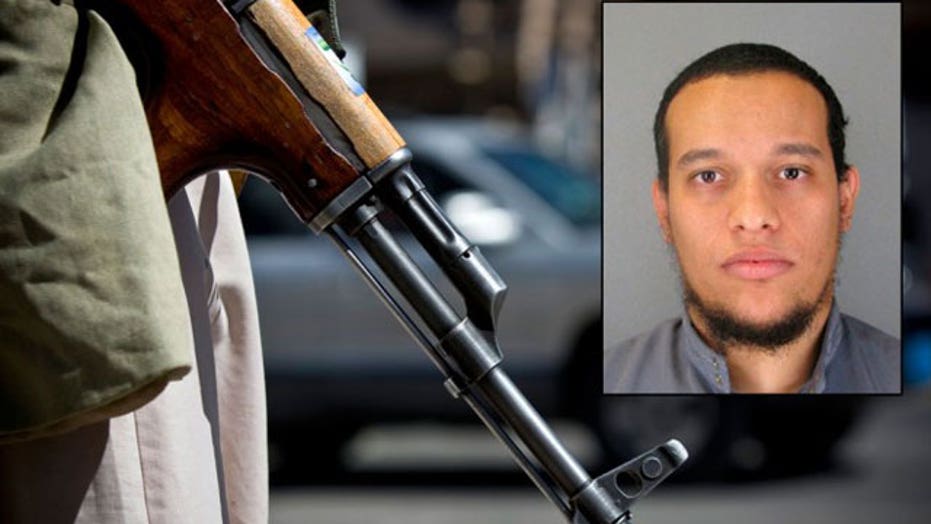 Al Qaeda in the Arabian Peninsula directed the attack against the French satirical magazine Charlie Hebdo in Paris "as revenge for the honor" of Islam's Prophet Muhammad, a member of the group told The Associated Press on Friday.

But U.S. intelligence and counterterrorism officials say it is too early to conclude who is responsible for the massacre on Wednesday that left 12 dead.

The Al Qaeda statement was released hours after two separate raids by French police led to the deaths of the two Islamist brothers behind the attack, as well as a terrorist compatriot who had seized hostages at a Paris grocery on the brothers' behalf, leaving four hostages dead.

There was no independent confirmation of the report. However, Cherif Kouachi told a French TV station before Friday's raid at an industrial park that he was sent by Al Qaeda in Yemen and had been financed by the American-born cleric Anwar al-Awlaki, who was killed by a U.S. airstrike in Yemen in 2011.

If confirmed, the attack would be the first time Al Qaeda's branch in Yemen has successfully carried out an operation in the West after at least two earlier attempts.

Shortly after the massacre in Paris, a series of tweets went out from a known Al Qaeda in the Arabian Peninsula Twitter account. They show images of the Paris massacre with photos of al-Awlaki and Samir Khan (editor of Inspire magazine, who was killed along with al-Awlaki).

An intelligence source told Fox News that the tweets suggest foreknowledge of the Paris attack.

On Friday, U.S. government sources confirmed to Fox News that 34-year-old Said Kouachi, who, along with his brother Cherif, was responsible for the attack in Paris, travelled to Yemen in 2011 and trained with or fought along side AQAP, and one of his goals was to meet with the Al Qaeda branch's leadership. A U.S. intelligence assessment described to The Associated Press shows that Kouachi was trained in preparation to return home and carry out an attack.

Soon after the Al Qaeda member claimed responsibility for the Paris attack on Friday, The Associated Press reported that the branch's senior cleric Sheikh Harith al-Nadhari issued a recording on the group's Twitter feed commenting on the "blessed raid on Paris." He denounced the "filthy" French and called them "the heads of infidelity who insult the prophets." He praised the "hero mujahedeen" who he said "taught them a lesson and the limits of freedom of speech."

Al-Nadhari stopped short of directly claiming responsibility for the attack, but added, "How can we not fight those who hurt our prophet, slandered our religion and fought the faithful."

Addressing the French, he said, "It better for you to stop striking Muslims so you can live in peace. But if you only wish for war, then rejoice, you will not enjoy peace as long as you wage war on God and his prophets and fight Muslims."

It was not immediately clear why al-Nadhari did not outright say Al Qaeda in the Arabian Peninsula was behind the attack. The member told the AP that the group was delaying its official declaration of responsibility for "security reasons."

"The leadership of AQAP directed the operations and they have chosen their target carefully as revenge for the honor of the prophet," the Al Qaeda member said. He said France was targeted "because of its obvious role in the war on Islam and oppressed nations."

He warned that "touching Muslims' sanctity and protecting those who make blasphemy have a dear price and the punishment will be severe" and that "the crimes of the Western countries, above them America, Britain and France will backfire deep in their home."

He said the group will continue the policy by Al Qaeda chief Ayman al-Zawahri of "hitting the snake's head ... until the West retreats." He also cited the late Al Qaeda leader Usama bin Laden's warnings of the consequences of blasphemy against Muslim sanctities.

The member spoke on condition of anonymity because he is not authorized by the group to give his name. His same comments in Arabic were later posted on Twitter by users known to be supporters of AQAP.

Witnesses to Wednesday's assault in Paris said Said Kouachi claimed allegiance to the Yemeni group during the attack. Cherif Kouachi, 32, was convicted of terrorism charges in 2008 for ties to a network sending jihadis to fight U.S. forces in Iraq.

In Yemen in 2011, Al Qaeda fighters had taken advantage of a security vacuum during an uprising that eventually ousted President Ali Abdullah Saleh. The militants seized several towns and cities in the south of the country. Abyan province was an Al Qaeda stronghold from which the group launched attacks against government forces and new offensives to seize more territory.

A Yemeni official said Kouachi was believed to be among hundreds of foreigners deported in 2012, when the government expelled many foreign students, fearing they were there under the pretext of studying Arabic but were in fact linking up with Al Qaeda.

The Yemeni official spoke to The Associated Press on condition of anonymity because of an ongoing investigation into Kouachi's stay in Yemen.

U.S. officials believe French authorities knew Kouachi traveled to Yemen, but it's not clear whether they knew what he did there. Still, French authorities placed both Kouachi brothers close surveillance when he returned. The officials believe the brothers led a normal life for long enough that the French began to view them as less of a threat and reduced the surveillance.

A U.S. law enforcement official said both Kouachi brothers had raised enough concern to be placed on the no-fly list. He spoke on condition of anonymity to discuss an ongoing investigation.

Previously, Al Qaeda's Yemen branch directed the December 2009 attempt to bomb an American passenger jet over Detroit. The would-be bomber, Nigerian Umar Farouk Abdulmutallab, who failed the detonate explosives on his body, went to Yemen to prepare for the attack and may have met with radical American-Yemeni cleric Anwar al-Awlaki, linked to Al Qaeda. Al-Awlaki was killed in a U.S. drone strike in September 2011.

In 2010, the group attempted to send bombs in packages to be delivered to targets in the United States, but the packages were intercepted on flights through Europe and the United Arab Emirates.