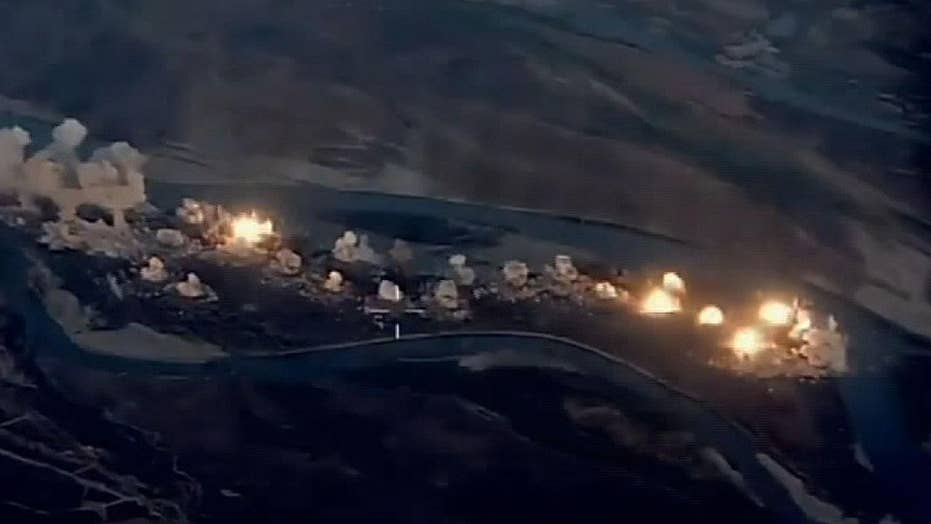 The U.S. military said Friday it had killed 17 Islamic State (ISIS) fighters in an airstrike Thursday outside Murzuq in southwest Libya.

The airstrike was the third announced by U.S. Africa Command (AFRICOM) in eight days. Prior to last week, the U.S. military had not hit any targets in Libya since Nov. 29, 2018.

“This ongoing campaign against ISIS-Libya demonstrates that U.S. Africa Command persistently targets terrorist networks that seek to harm innocent Libyans,” said Navy Rear Adm. Heidi Berg, AFRICOM director of intelligence. “We continue to pursue ISIS-Libya and other terrorists in the region, denying them safe haven to coordinate and plan operations in Libya."

No civilians were injured or killed in the airstrike, AFRICOM said.

Islamic extremists expanded their reach in Libya amid the chaos following the 2011 uprising, which killed longtime dictator Muammar Qaddafi.

Earlier this month, American jets dropped more than 80,000 pounds of laser-guided bombs on “ISIS-infested” Qanus Island in northern Iraq as part of a campaign meant to destroy an area being used by ISIS for operations in the region.