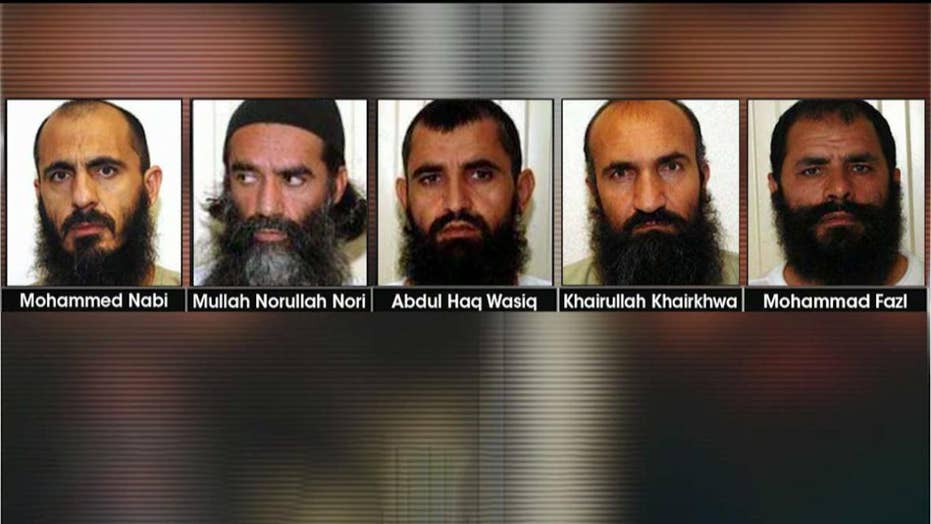 With the possibility of the U.S.-Taliban peace deal looming in the very near future – which would likely see the withdrawal of almost all American troops – Afghans are bracing for the next chapter of life in the war-ravaged nation.

But with the Taliban in the driving seat, it’s women who have the most to lose.

“This is not a good situation. Once there were good schools that had opened for girls and boys even in remote villages,” Ziba, a 28-year-old mother, and former school teacher – who lives under Taliban control in Logar province – told Fox News. “But now many have been shut down (by them) to become Taliban prisons."

She added: “Now there is just madrassa to teach religious subjects and for the boys, they learn to fight and at the madrassas for girls, they are taught they must stay at home in the future.”

Ziba stressed that women are no longer permitted to go out alone in areas controlled by the group – which she equated with her memories of being a little girl growing up the 1990’s when the Taliban officially controlled the country before being usurped by U.S forces after the September 11, 2001 attacks.

“The only change I see is that they aren’t destroying televisions anymore, but now music is allowed. I can’t see any other change in their actions, they are punishing civilians as always,” she continued. “We are forced to cook food for their fighters, but some pro-Taliban women here support that and say they are happy to cook the food and are upset because they lost their husbands and sons in this war.”

April 11, 2016: Afghan women walk past a damaged bus after a roadside bomb explosion on the outskirts of Kabul. (AP Photo/Rahmat Gul)

Moreover, Ziba claimed that local leadership in the town is sometimes overheard boasting about their plans to take over the capital Kabul as soon as the U.S. exits.

“The U.S. brought freedom for half the Afghan citizens, but if they give up Afghanistan again, we will have no hope even for the most basic rights. They will bring Sharia law,” Ziba lamented. “As a woman, I cannot trust the Taliban.”

While the protracted 18-year conflict has claimed countless lives and littered the land with instability, frequent attacks and the rise of various militias and terrorist groups, perhaps the greatest pocket of progress has been in the form of women’s rights and role in society.

Najia Nasim, the executive director of rights organization “Women for Afghan Women,” underscored that gender inequality, domestic violence, and discrimination that skyrocketed during the Taliban reign led to Afghanistan’s consistent ranking as one of the worst places in the world to be a woman. Yet since the 2001 intervention, which the U.S. partially predicated on releasing women from the repressive grip of the Taliban, Afghan women and girls have made phenomenal gains.

“They now have increased access to education, economic opportunity, and other human rights. Despite overwhelming challenges, girls have gone back to school; women are working as government ministers, judges, lawyers, doctors, police officers, and engineers; and a new generation is being raised in a country that recognizes women’s rights as human rights,” she said. “Furthermore, Afghanistan has created important legal protections for women, including the Afghanistan Constitution, which guarantees gender equality, the Law on the Elimination of Violence Against Women, and the Anti-Harassment Regulation. Afghan women today have a more pronounced presence in the society and a stronger presence on political stage than ever before.”

AFGHANISTAN WOMEN’S PLEAS TO US: ‘DO NOT FORGET WE ARE HERE’

While Nasim pointed out that any step toward peace in Afghanistan is “most certainly a welcome development as it is evident that only a political solution will bring an end to this long-running war,” she expressed concern that the Taliban has not yet clearly articulated its stance towards women’s rights and thus many fear that any diplomatic speak from the group's “savvy political operatives” in Doha might be all smoke and mirrors.

“Alarmingly, women’s rights are being sidelined during the talks, heightening concerns that a potential power-sharing agreement or constitutional reform will facilitate a reversion to brutal Taliban rule and a contorted interpretation of Sharia law,” Nasim observed.

Indeed, it remains unclear exactly what the rules and regulations for females will be once the deal is inked.

“The Taliban cannot be trusted to ensure women’s rights. They have said women’s rights will be protected under an ‘Islamic System,’ which is merely code for their ultra-harsh version of Sharia,” asserted Bill Roggio, a Senior Fellow at the Foundation for Defense of Democracies (FDD) and Editor of FDD’S Long War Journal. “The U.S. is even considering allowing Afghanistan to be renamed the Islamic Emirate of Afghanistan, the name of the Taliban’s government while the Taliban will not agree to a ceasefire.”

According to Roggio’s research, the Taliban already controls 16 percent of the 407 districts and contests a further 50 percent.

“Once the Taliban returns to power, women’s rights will be a thing of the past,” he cautioned.

Earlier this month – on the heels of widespread criticism directed toward all sides that women had altogether been excluded from joining the peace talks – Taliban representatives were seen mingling with Afghan female appointees at a Qatar and German-organized conference in Doha. Although the topic of women’s rights was not explicitly on the docket, the act alone ignited some optimism that Taliban attitudes may have indeed shifted since their brutal treatment of females during their 90’s reign.

Yet painting a predictable picture of Afghanistan’s next phase has further been muddied by the notion that the Taliban still refuses to converse with the Afghan government, which it considers illegitimate, and has sat down only with U.S. officials.

Some Afghan men are also skeptical of any silver linings.

“The Taliban claims that they have changed, while we do not see any positive changes on the ground. It is hard to believe that the Taliban would respect the progress and the achievements of the women,” noted Sanjar Sohail, publisher of the Hasht e daily newspaper. “They may allow some level of education for the women, but they will not allow women to be the half part of the society and to be in the decision-making levels. I think after withdrawal they will remove the current government and restore the Islamic Emirates; therefore, the withdrawal should be conditional.”

Ahmad Muslem Hayat, a former Afghan military attaché in London, concurred that he finds it hard to believe that the Taliban will accept the gains made by women and “respect women’s rights.”

“Women are always victims of tradition and it's used against them in the name of religion,” he said. “The U.S. invasion at least brought them some freedom and light, but if the U.S. leaves eighty percent of the women will be suffering all over again.”

Despite the anxiety over what lays ahead, and concerns that the U.S. might be pushing too hard and broker a deal too fast – with the goal being to wrap up Taliban talks by September 1 ahead of the Afghanistan elections – U.S Special envoy to Afghanistan, Zalmay Khalilzad, earlier this month told lawmakers and experts that they are not simply “cutting and running.”

Alice Wells, acting assistant of state for Central and South Asian Affairs, furthermore emphasized that no future Afghan government will receive international aid and support if it “restricts, represses or relegates Afghan women to second-class status,” the Associated Press reported.

Khalilzad is due to return to Afghanistan, and then Qatar, for another round of Taliban talks tailored to ending the war.

“The future role of Afghan women in society depends on the way in which the United States leaves. If the U.S. opts for a precipitous withdrawal, the rights of Afghan women will likely be subverted and the substantive progress made will backslide dramatically,” Nasim added. "U.S. abandonment would vitiate its commitment to Afghan women and children; who have borne a disproportionate cost of this war.”