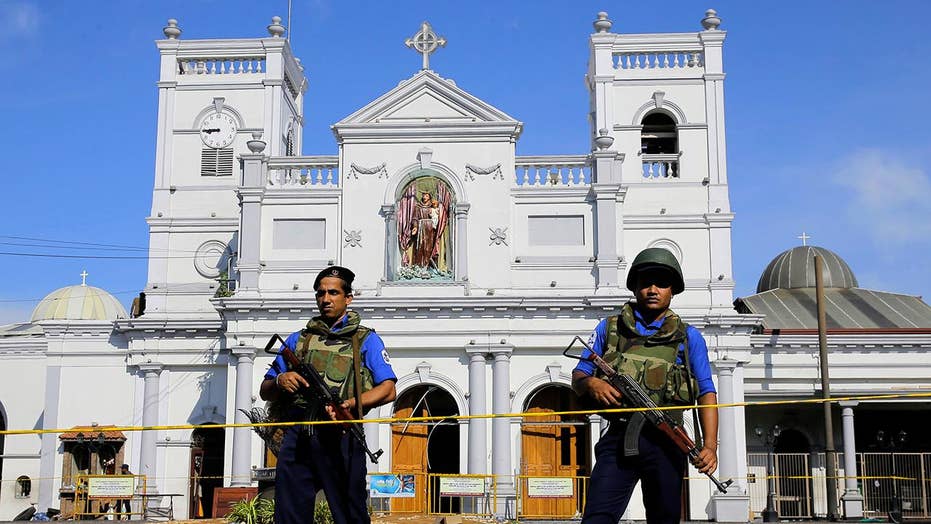 Sri Lanka took drastic steps Monday to crack down on new potential terror threats by blocking social media and arresting more than a dozen after a series of suicide bombings allegedly carried out by a domestic radical Islamic group ripped through its capital on Easter Sunday.

The country’s health minister said the attacks, which killed at least 290 and injured more than 500, were carried out by seven suicide bombers from a local militant group named National Thowheek Jaamath. Experts cited by The New York Times said the group promotes an Islamic terrorist ideology. Police said 13 suspects in connection with the bombings have been arrested.

“These attacks appear to be quite different and look as if they came right out of the ISIS, Al Qaeda, global militant jihadist playbook, as these are attacks fomenting religious hatred by attacking multiple churches on a high religious holiday,” Anne Speckhard, the director of the International Center for the Study of Violent Extremism, told the Times.

All of the bombers were Sri Lankan citizens, but authorities suspect foreign links, Health Minister Rajitha Senaratne said at a news conference.

Six nearly simultaneous blasts took place in the morning at the shrine and the Cinnamon Grand, Shangri-La and Kingsbury hotels in Colombo, as well as at two churches outside Colombo. Two more blasts occurred a few hours later outside Colombo -- one at a guesthouse, the other near an overpass.

A government forensic crime investigator said an analysis of the attacker's body parts indicated they were suicide bombers. He said a single bomber carried out most of the attacks, with two at Colombo's Shangri-La Hotel.

Telecommunications Minister Harin Fernando tweeted, "Some intelligence officers were aware of this incidence. Therefore there was a delay in action. Serious action needs to be taken as to why this warning was ignored." He added that his father had heard of a possible attack and had warned him not to enter popular churches.

Meanwhile, Prime Minister Ranil Wickremesinghe has vowed to "vest all necessary powers with the defense forces" to take action against those responsible.

Authorities on Monday lifted a curfew that had been imposed but kept social media block so as to curtail the spread of false information and ease tension in the country of more than 22 million people.