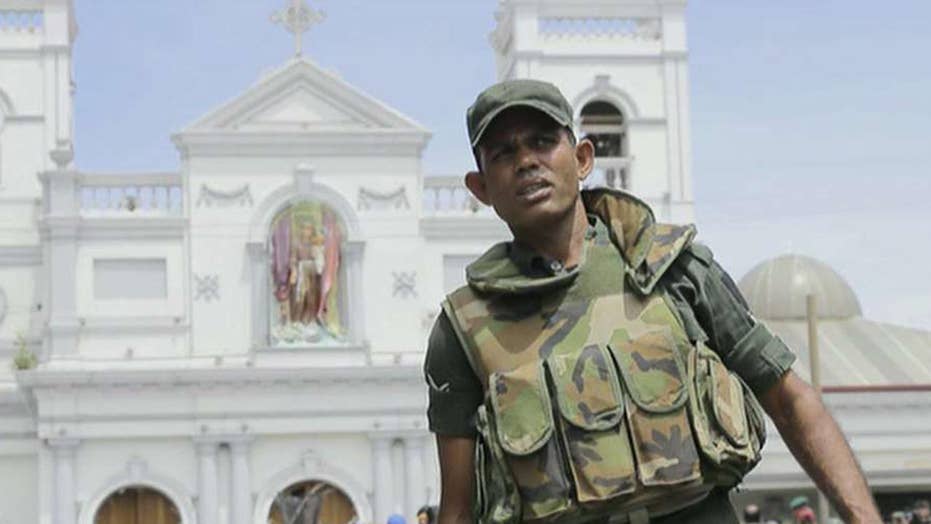 The identities of some victims of the Easter massacres in Sri Lanka emerged Sunday evening -- including a British mother and her 11-year-old son, along with a TV chef and her daughter.

Over the course of the day, a series of bombs exploded, including at churches and luxury hotels, killing at least 290 and injuring about 500. It was the deadliest series of attacks the South Asian island country had seen since a bloody civil war there ended a decade ago.

A Sri Lankan government forensic analyst told The Associated Press that 7 suicide bombers were responsible for the attacks. 24 people have been arrested in connection with the attacks but it wasn't immediately clear who was responsible, the BBC reported. Authorities said the attackers were thought to be part of a "radical extremist Islamist group."

The explosions — most of them in or around Colombo, the capital — collapsed ceilings and blew out windows, killing worshippers and hotel guests in one scene after another of smoke, soot, blood, broken glass, screams and wailing alarms. Victims were carried out of blood-spattered pews.

Most of those killed were Sri Lankans. But the three bombed hotels and one of the churches, St. Anthony’s Shrine, were frequented by foreign tourists, and Sri Lanka’s Foreign Ministry said the bodies of at least 27 foreign visitors from a variety of countries were recovered.

The U.S. said “several” Americans were among the dead, while Britain and China said they, too, lost citizens.

Among the first victims identified: Shantha Mayadunne, a TV chef, right, and her daughter, Nisanga. (Facebook)

The Daily Telegraph reported that five British nationals are among the dead, including Shantha Mayadunne, a TV chef, and her daughter, Nisanga.

Shantha Mayadunne's website identified her as the first chef to host a live cooking show in Sri Lanka. She also had published multiple books.

The news outlet also reported that Alex Nicholson, 11, and his mother, Anita, 42, were killed; father Ben survived, while the family’s youngest daughter was unaccounted for.

In addition, British politician Tulip Siddiq announced she had "lost a relative" in the attacks. She did not elaborate.

Prime Minister Ranil Wickremesinghe said he feared the massacre could trigger instability in Sri Lanka, a country of about 21 million people, and vowed to “vest all necessary powers with the defense forces” to take action against those responsible.

The government imposed a nationwide curfew from 6 p.m. to 6 a.m. and blocked Facebook and other social media, saying it needed to curtail the spread of false information and ease tension.

The Archbishop of Colombo, Cardinal Malcolm Ranjith, called on Sri Lanka’s government to “mercilessly” punish those responsible “because only animals can behave like that.”

The scale of the bloodshed recalled the worst days of Sri Lanka’s 26-year civil war, in which the Tamil Tigers, a rebel group from the ethnic Tamil minority, sought independence from the Buddhist-majority country. During the war, the Tigers and other rebels carried out a multitude of bombings. The Tamils are Hindu, Muslim and Christian. 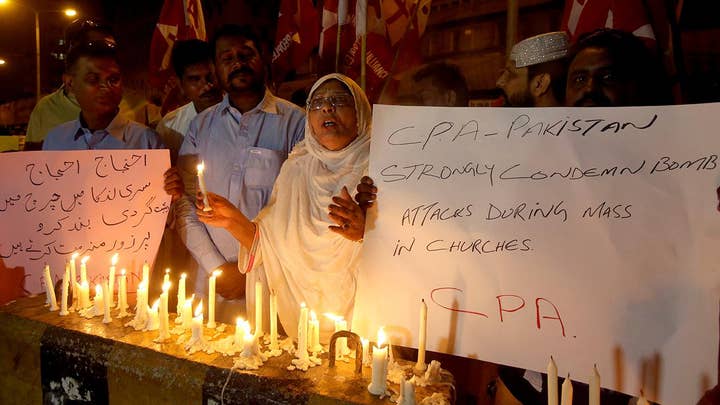 Six nearly simultaneous blasts took place in the morning in Colombo at St. Anthony’s Shrine — a Catholic church — and the Cinnamon Grand, Shangri-La and Kingsbury hotels. After a lull of a few hours, two more explosions occurred at St. Sebastian Catholic church in Negombo, a mostly Catholic town north of Colombo, and at the Protestant Zion church in the eastern town of Batticaloa.

Three police officers were killed while conducting a search at a suspected safe house in Dematagoda, on the outskirts of Colombo, when its occupants apparently detonated explosives to prevent arrest, Wijewardena said.

Local TV showed the Shangri-La’s second-floor restaurant was gutted, with the ceiling and windows blown out. Loose wires hung and tables were overturned in the blackened space. From outside the police cordon, three bodies could be seen covered in white sheets.