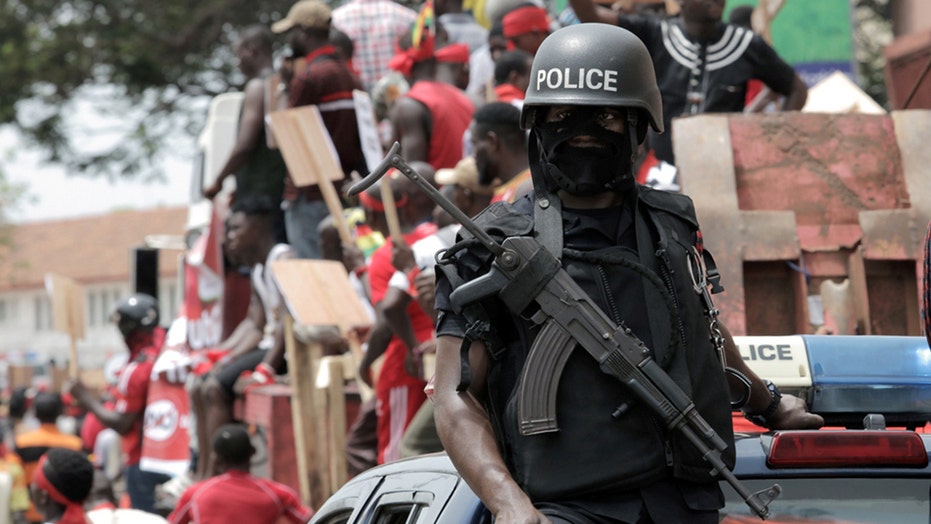 Two Canadian women, ages 19 and 20, who were volunteering for a charity in Ghana, were kidnapped at gunpoint Tuesday evening outside their apartment, according to reports.

The two women - students at Kumasi Technical University - were outside their apartment in the Ahodwo district in the country’s second largest city of Kumasi around 8 p.m. when the gunmen grabbed them and bundled into a car.

Police told the BBC that the two women, who have not been identified, were volunteers with Youth Challenge International, a Toronto-based international development organization.

David Eklu, the assistant commissioner of police, said that security agencies are working to rescue the women and arrest the perpetrators.

Global Affairs Canada confirmed the abductions and said Canadian officials were working with local authorities. They said they have been in contact with the families of the two women.

AMERICAN TOURIST KIDNAPPED IN UGANDA FELT COMPASSION FOR CAPTORS, SAYS THEY WERE HER 'PROTECTORS'

Spokesman Guillaume Berube told the National Post that no further details could be given because of Privacy Act provisions.

While kidnappings are rare in Ghana, this one comes less than two months after an Indian businessman was abducted at gunpoint in Kumasi and a ransom demanded, the National Post reported.

Before that, a consular-general believed to be Estonian was abducted while out on a morning walk. Both men were either rescued by police or escaped, local media reported.