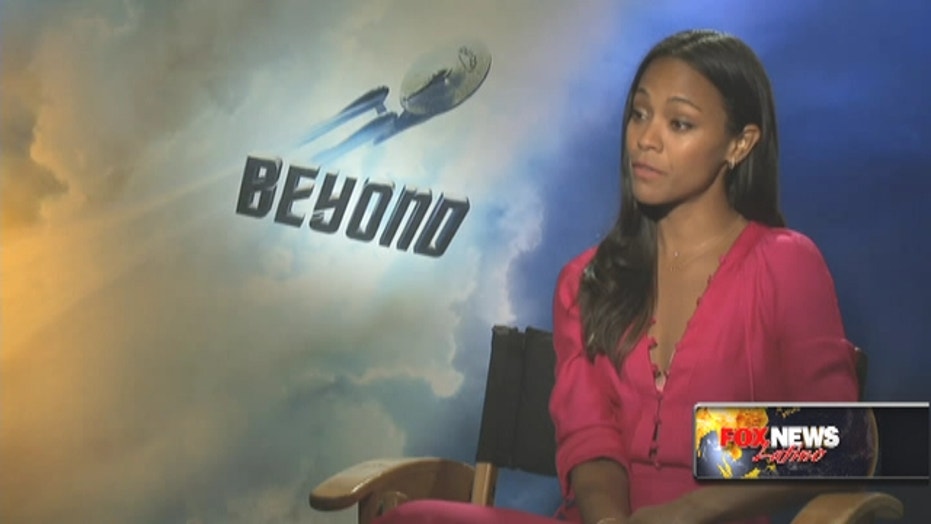 Zoe Saldaña opens up about the new

GARLAND, Texas – A few weeks ago, a young dad celebrated his first Father's Day. But now, his baby girl will never know him because of hit and run drivers.

Police say 19-year-old Mario Flores lost control of his car, crashed it and survived being ejected from it on the LBJ Freeway this weekend. Then he was hit by oncoming traffic. Police are looking for the drivers who just kept going.

A life cut short around 3:30 Sunday morning when Garland police say Flores lost control of his blue Honda on the LBJ Freeway at Northwest Highway and spun out, crashing into the guard rail. When his car came to a stop, the tail stuck out into the far right lane. Another car, a white Toyota, driving in the right lane hit Flores' car, tossing him onto LBJ.

Flores survived the two crashes, but was then hit by three cars. A friend with him in the Honda survived.

"He died in a horrible way,” said Elaina. “Why didn't that person stop?"

Flores' dreams of graduating from Richardson High School, getting a better job and providing for his daughter, Stephanie, died with him.

"He was talking a lot about his daughter growing up,” said Elaina. “And now, he's not going to be here with her."

The baby's mother, Sarah Garcia, posted a loving first Father's Day photo in June with the caption, "May God wish many more years to our beautiful little family we have."

Police say the driver of the white Toyota was not at fault and was cooperating. But that the other drivers who hit Flores might not even realize they ran over a person.

Police and Flores' family ask those drivers to come forward and provide answers.

"Why didn't he stop? Why didn't he pick up Mario? Took him somewhere?” said Elaina. “Why did he just take off, not stop?"

The family said they are trying to finalize Flores' funeral plans. Family and friends came by the Flores' Dallas home to drop off donations to help pay for burial expenses.