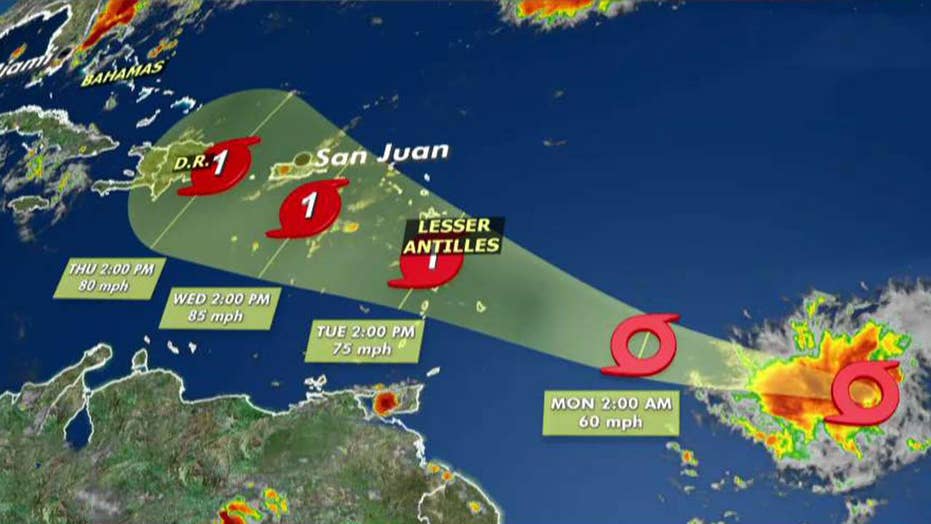 Dorian has the potential to become a pretty powerful storm as it moves towards Puerto Rico.

Tropical Storm Dorian has formed in the Atlantic and could reach hurricane strength by Tuesday, the U.S. National Hurricane Center in Miami said Saturday.

As of 5 p.m. ET, the storm’s center was approximately 725 miles east-southeast of Barbados and moving west at 12 miles per hour, the hurricane center said, with maximum sustained winds of 40 miles per hour.

A tropical depression or another tropical storm could form off Florida due to the conditions, AccuWeather reported Saturday.

"All interests along the southern Atlantic coast of the United States are encouraged to monitor the progression of [tropical disturbance] 98L and what may become a tropical storm," AccuWeather hurricane expert Dan Kottlowski said.

While it’s too early to determine what path the storm might take, residents in the Caribbean’s Lesser Antilles should be mindful to watch the storm’s progress, according to the hurricane center’s Dennis Feltgen.

No storm watches or storm warnings have been issued yet.

Dorian is the fourth tropical storm in the Atlantic this year.