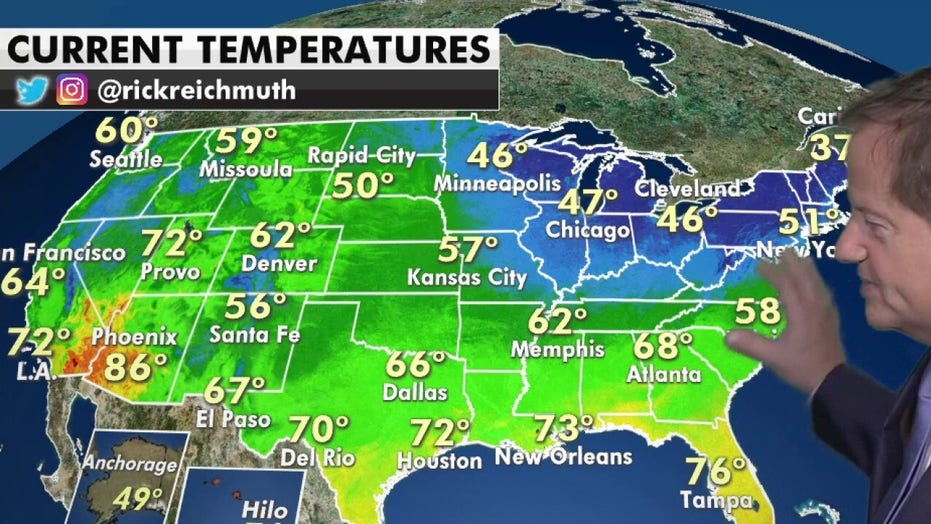 Another major storm is expected to hit the Gulf Coast next week as forecasters predict it will strengthen into another tropical storm, then possibly a hurricane.

Tropical Storm Wilfred and Subtropical Storm Alpha formed on Friday, but forecasters are already looking ahead to Tropical Storm Beta, which forecasters expect to hit the Gulf Coast early next week. The storm will wander north, then west, then north again to hit parts of Texas and Louisiana.

Alpha formed off the coast of Portugal, but Tropical Depression 22, which is currently churning in the Gulf of Mexico, is still gaining strength as it travels towards Texas. If it hits the expected wind speeds, it would be the next named storm, with forecasters expecting the system to reach hurricane status soon.

"There is an increasing risk of heavy rainfall and flooding along the Texas coast from Sunday through at least the middle of next week," the National Hurricane Center warned.

Heavy surf, higher-than-normal tides, gusty winds and periods of heavy rain are expected over the next five days. Forecasts predict up to 4 feet of storm surge along the Texas coast.

Beta may still strengthen into a hurricane, though, as it approaches the Texas coast, reaching Category 1 status. The storm is forecast to make landfall Wednesday, but uncertainty over its speed and strength makes it difficult to predict potential flooding and property damage.

Sally moved slowly across the Southeast, which allowed the relatively weaker hurricane to still wreck an incredible level of damage across the region.

An already busy hurricane season has seen forecasters run out of traditional storm names, forcing them to use the Greek alphabet for the second time since the 1950s.

Peter Aitken is a New York born-and-raised reporter with a focus on national and global news.
ADVERTISEMENT
ADVERTISEMENT