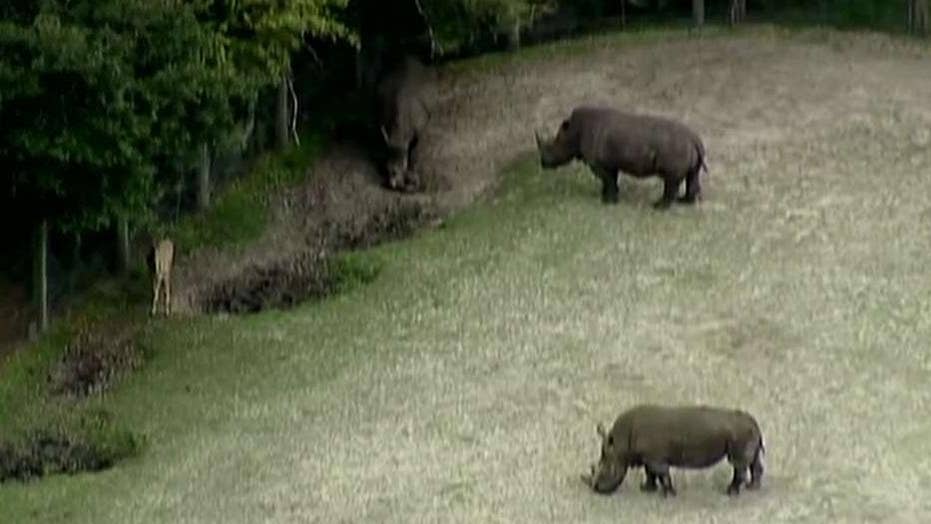 Zookeeper injured after being struck by rhino's horn

JACKSONVILLE, Fla. – A female zookeeper in Florida was injured Tuesday morning after being struck by a large rhino horn during “routine training,” officials said.

Jacksonville Zoo and Gardens Executive Director Tony Vecchio told reporters that shortly after 9 a.m., a female zookeeper was stuck by the horn of 50-year-old Archie the rhino.

“We are still investigating the situation, I can tell you one of our keepers was struck by a rhino today during routine rhino training this morning. That's something we do with all of our animals every day.”

Vecchio said the keeper was transported to the hospital for evaluation but he did not want to speculate on the extent of her injuries. He did say that before leaving the facility, she was “awake and alert and talking to the EMTs.”

Tuesday’s incident began during routine training that Vecchio says all animals in the zoo are subject to almost every day. Most training is done to make the animals comfortable during medical exams.

“We teach them to open their mouths so we can do dental exams. We teach them to lift up their feet so we can exam how their hooves are doing or their feet, foot pads. We also train them to allow us to take blood. So the training is pretty hands on, although there’s always a safety barrier between the keeper and the animal.”

FUGITIVE MONKEYS BACK AT BERLIN ZOO DAYS AFTER BREAKOUT

Safety barriers are put in place during these sessions to separate the keepers from the animals.

It was not immediately clear how Archie managed to injure the keeper with the safety bars in place.

Vecchio did no release the identity of the employee but described her “a very good keeper” who has worked at the zoo for a few years.

Archie, who has been at the Jacksonville Zoo and Gardens for over 20 years, has no record of being dangerous, Vecchio said.

“Archie has a clean personal file so he’s never done anything out of the ordinary.”

He continued: “He’s an animal and the keepers, they know to treat every animal as if it's potentially dangerous so they’re not particularly friendly with Archie but he is a well-liked animal.”

The zoo will conduct its own investigation and come up  with recommendations to prevent future accidents.

The rhino exhibit was open Tuesday and Archie could be seen on display.