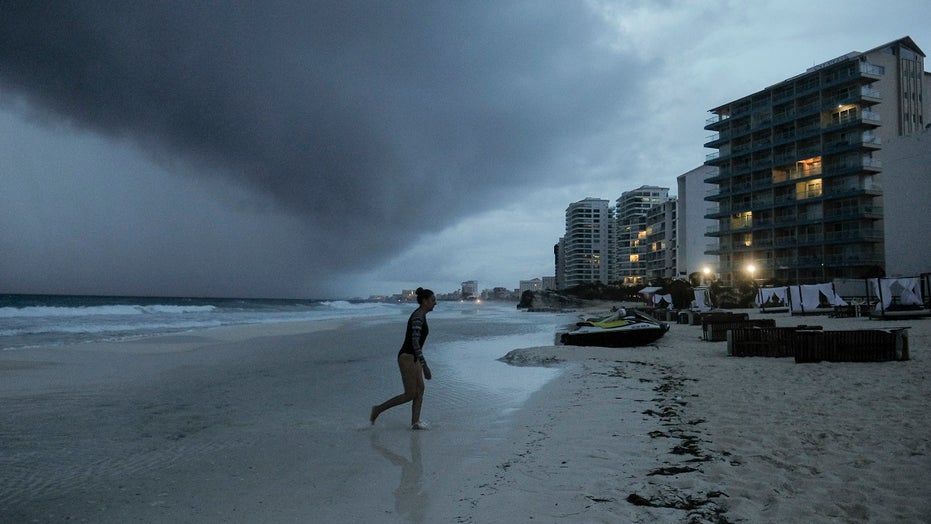 Tropical storm Zeta was upgraded to a hurricane Monday as it continues to move toward Mexico's Yucatan Peninsula before likely making landfall in the United States.

A hurricane watch was posted from Morgan City, La. to the Mississippi-Alabama border. The Gulf Coast is still reeling from Hurricane Delta, which hit the region three weeks ago.

There are concerns that remaining debris from Delta could become projectiles when Zeta is expected to make landfall sometime this week. Local authorities are taking the storm seriously, but with a distinctly less alarmed tone than when Delta strengthened to a Category 4 storm off the coast. Zeta is currently classified as a Category 1.

Zeta broke the record for the previous earliest 27th Atlantic named storm that formed Nov. 29, 2005, Klotzbach said. It's also the 11th hurricane of the season.

Clouds gather over Playa Gaviota Azul as Tropical Storm Zeta approaches Cancun, Mexico, Monday, Oct. A strengthening Tropical Storm Zeta is expected to become a hurricane Monday as it heads toward the eastern end of Mexico's resort-dotted Yucatan Peninsula and then likely move on for a possible landfall on the central U.S. Gulf Coast at midweek. (AP Photo/Victor Ruiz Garcia)