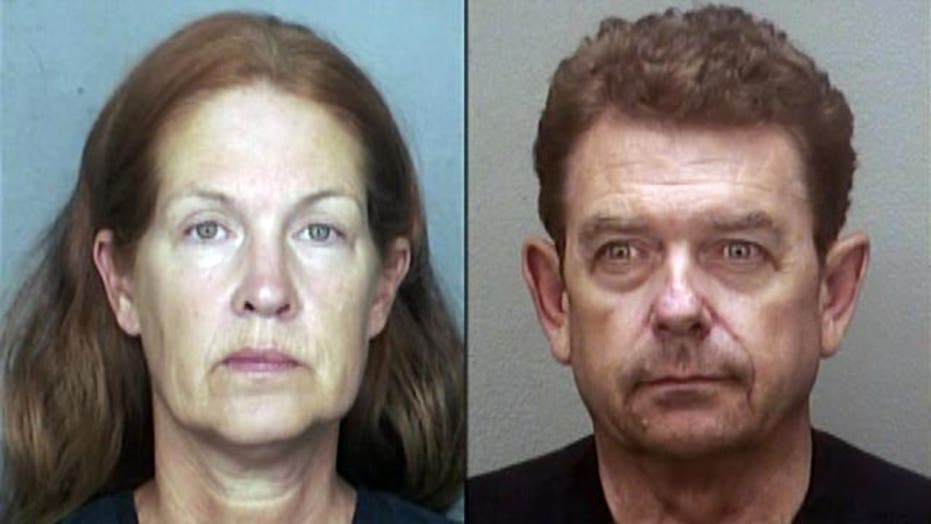 Authorities say Colin and Andrea Chisholm III collected $167,000 in welfare while living on a $1.2 million yacht

MINNEAPOLIS – A Minnesota couple who allegedly lived in expensive homes and owned a yacht while taking more than $160,000 in state welfare benefits has been arrested.

Colin Chisholm III, 62, and Andrea Chisholm, 54, are being held in Florida, according to WCCO-TV.

They were deported from the Bahamas on Monday and arrested when they landed near Fort Lauderdale, Florida, according to the Hennepin County Attorney's Office. The Chisholms' son and dog were turned over to family members.

They are expected to appear in extradition court Wednesday to say whether they will fight extradition.

The Chisholms are charged with a one count of wrongfully obtaining public assistance more than $35,000, a felony charge.

"I've never ridden on a yacht that nice, and I bet most of us haven't, but they were living on it while they were collecting public assistance," said Hennepin County Attorney Mike Freeman. "He created all sorts of false companies, claimed he was a Scottish heir. It's outrageous."

Court documents allege the pair illegally obtained food stamps and other benefits from 2005 to 2012.

According to the criminal complaints, over the years, the Chisholms received medical assistance, welfare payments and food stamp benefits. They also allegedly lied about where they were living, who they were living with and their source of income on more than a dozen forms they filled out for the state of Minnesota and Hennepin County in order to get the assistance.

When they first applied for welfare benefits, the couple allegedly listed their residence as Andrea Chisholm's mother's home in Minneapolis. Shortly after getting approved, they moved to Florida, according to court documents.

They remained in that state for at least 28 months, first on their $1.2 million yacht, and then moving to a house, officials said. They collected welfare from Florida, as well as Minnesota during that time, which is prohibited, according to court documents.

Prosecutors will ask that the judge be allowed to impose a longer sentence than the Minnesota sentencing guidelines call for because the Chisholms committed a major economic offense.