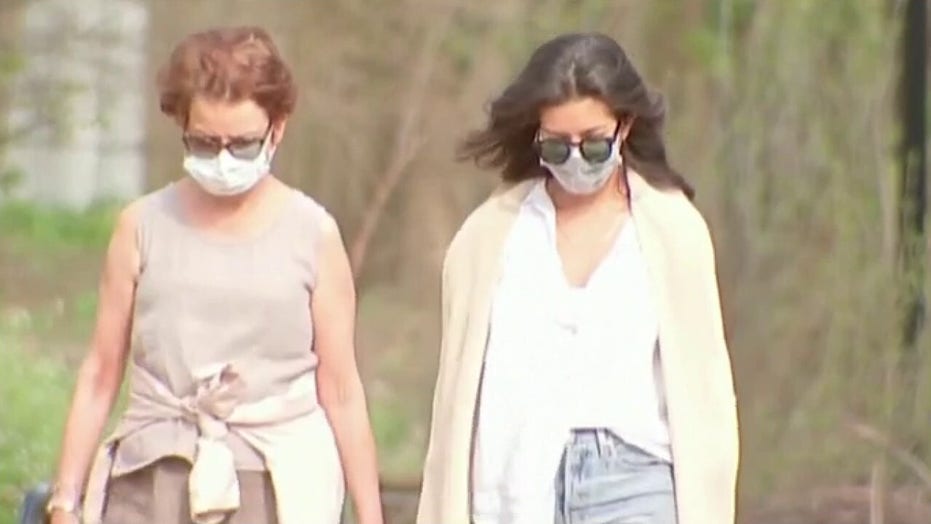 Is there reason to panic about a second wave of coronavirus?

New York City, once the epicenter of the coronavirus pandemic, entered into phase one of reopening Monday, weeks after other states initiated their reopening strategies, but a Wall Street Journal report shows that New York leadership might have made the crisis worse than it needed to be.

Mayor Bill de Blasio initially took a blasé approach to the coronavirus pandemic, tweeting that people should go out to see a movie in early-March.

But by the end of the month, Gov. Andrew Cuomo and de Blasio were calling for complete shutdowns and extreme social distancing measures because hospitals were becoming overwhelmed.

Reports of infected patients being mixed with uninfected patients, inappropriate hospital transfers, a lack of hospital staff and mixed directives from the state and city officials were amongst the most egregious mistakes the Wall Street Journal investigation uncovered.

Hospital officials pointed to the wartime-like conditions and said the crisis took them to the “breaking point,” Kenneth Raske, president of the Greater New York Hospital Association, told the Wall Street Journal.

One of the inadequate planning strategies uncovered in the report points to at least 1,600 coronavirus-positive patients that were transferred from large overcrowded state hospitals, and placed in less crowded facilities elsewhere. But according to doctors and nurses in these facilities, patients often arrived without names or medical history.

The state had reportedly also ignored yearslong claims of understaffing and a lack of nurses for the size of hospitals in the New York City area.

Warning signs were also largely ignored as a rise in patients with flu-like systems in early March went uninvestigated, and only travelers from China received testing – following the guidance of the federal government.

California enforced a statewide lockdown with just over 1,000 cases on March 19, whereas New York remained open with nearly 6,000 cases until March 22, according to Johns Hopkins data as reported by the Wall Street Journal.

NY BUSINESS OWNER: CORONAVIRUS SHUTDOWN HAS BEEN A 'NIGHTMARE,' LEADERS 'NOT LOOKING OUT FOR THE SMALL BUSINESSES'

Due to a lack in equipment and the overloading of patients, hospital staff fell ill. But the state and city guidelines kept shifting on cross infection protocols -- likely resulting in increased contact with COVID-19-positive patients, therefore increasing the infection rate.

NYC'S CORONAVIRUS NIGHTMARE: WITH NO PUBLIC BATHROOMS, THE BIG APPLE IS NOW 'THE BIG TOILET'

Hospital workers who tested positive were originally told to rely on the Centers for Disease Control and Prevention (CDC) guidelines and to quarantine for 14 days.

But by March 17, the city changed its guidelines to say that hospital staff could remain working so long as they did not exhibit symptoms.

The state of New York then announced on March 28, that workers who did test positive could return to work within seven days as long as they had been fever-free for 72 hours.

Cuomo said this week that the coronavirus is on the decline in New York, “but it’s still out there,” he said, adding that the virus was still increasing in 21 states.

“And if you look at what’s going on, it tends to be after the reopening,” Cuomo said Friday. “We reopen and the number continues to go down, how can that be? Because New Yorkers have been smart, and they have been diligent.”