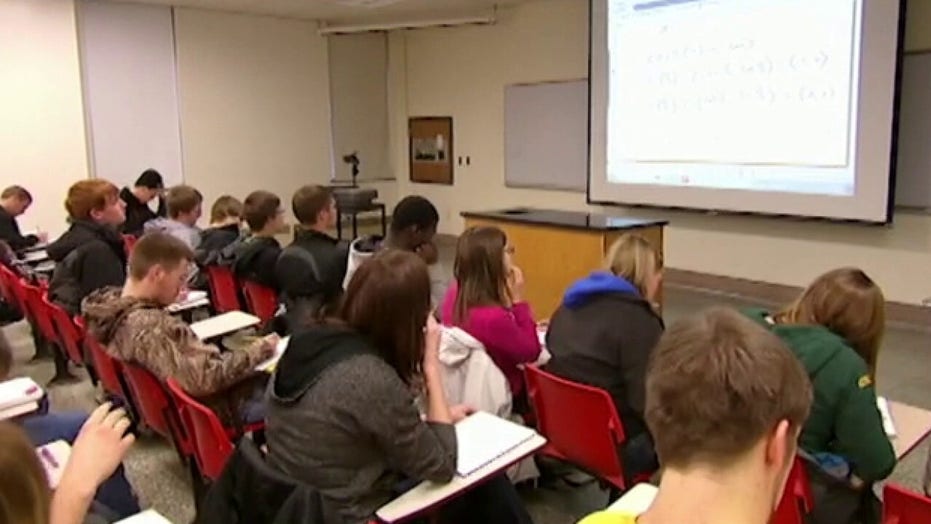 Study: College students can safely return to campus if tested every two days

Yale School of Public Health professor, and author of the study, David Paltiel joins 'The Story.'

An economics professor at Wright State University in Dayton, Ohio, says the school has repeatedly denied his request to teach an elective class critical of Marxism to the general student body.

"Clearly, it's all just censorship," Wright State economics professor Evan Osborne told Fox News. "I have proposed several electives. All have been approved, not going against the sacred beliefs of the radical wing of our department."

Only honors students will be allowed to take Osborne's class "Marxism: A History of Theory and Practice” despite his requests that it be opened to any student, The College Fix first reported.

"The honors class … sharply limits who can take it," Osborne said. "The biggest damage is being done to students in business, in the college of economics. Most of them are not honors students. … They deserve to hear."

His non-honors class got blocked after objections from faculty, including anonymous complaints. No other Wright State faculty have been told they can't teach a class because other professors anonymously objected, Osborne said. He has taught there since 1994 and has tenure, he said.

Osborne taught the class as an honors elective before in 2014 to counter the "dumb" criticisms of capitalism he said students were exposed to.

"I first talk about Marxist economics, where it came from. ... I go country by country to talk about the disasters in economics and crimes against humanity," Osborne said. "Maybe it was a mistake to make the syllabus so honest. ... Fundamentally, what I want is my academic freedom to be respected."

Fox News' inquiries to Wright State University were not returned at the time of publication.