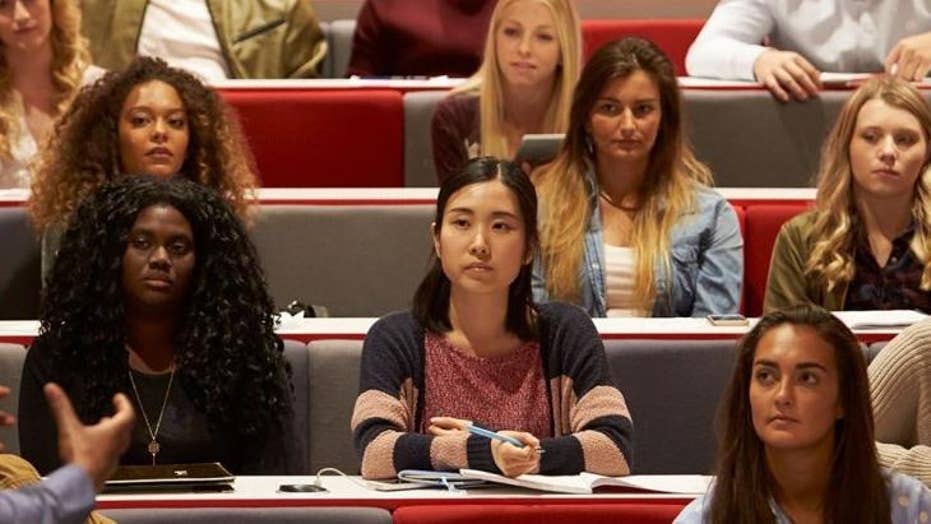 An all-women’s college in Massachusetts tells its teachers not to say “women” in the classroom but rather use the word “students.”

Professors are instructed to say “Mount Holyoke students” instead of “Mount Holyoke women,” as well as avoiding statements like “We’re all women here…” or referring to “the two genders” as part of a Teaching & Learning Initiative.

CRTV’s “Roaming Millennial” sounded off on the policy Friday morning on “Fox & Friends.”

“This is becoming increasingly common on campuses across the country…we have these administrators, these leftist progressives who take their own ideological opinions, their political views and insert them into things like speech codes and diversity classes,” she said. “They try to codify their opinions into the school policy to try to indoctrinate students.”

Acting Presidnet Sonya Stephens doubled down on the gender-neutral policy to “Fox & Friends” in a statement.

“As we know not every Mount Holyoke student identifies as a woman,” Stephens said. “But every student at Mount Holyoke has the right to live and learn in an inclusive environment that is free from hostility and respectful of their identity.”

An all-women's college in Massachusetts is instructing its professors to say "students" in class instead of using the word "women." (Google Street View)

The Supporting Trans and Non-Binary Students guide was created by officials at Mount Holyoke to promote a “gender neutral” environment, CampusReform.org reported.

Yet, on the school's website, it says, “Imagine if every day were International Women’s Day. Meet Mount Holyoke,” and also boasts of being founded “by a woman!” in 1837.

The college now wants professors to take an “intersectional approach” to the classroom by “becoming aware of the multiple forms of oppression and privilege each individual faces and how they interact with one another.”

While Mount Holyoke maintains it is committed to its historic mission as a women’s college, it says it recognizes that what it means to be a woman is always changing.

“Traditional binaries around who counts as a man or woman are being challenged by those whose gender identity does not conform to their biology,” the policy states.

The college formed a gender inclusion task force to assist with the changes.

But even with all the safeguards and changes, the college admits it makes mistakes.

“Classrooms are never neutral spaces and are marked by the same inequalities, exclusion and power struggles that exist elsewhere in the world,” the Inclusive Training manual reads. “The point is not to claim a privileged space for the classroom that is somehow exempt from those dynamics, but to work to eliminate them where we can, confront them honestly when we cannot, and find ways to listen and include all our students in equitable, just ways.”