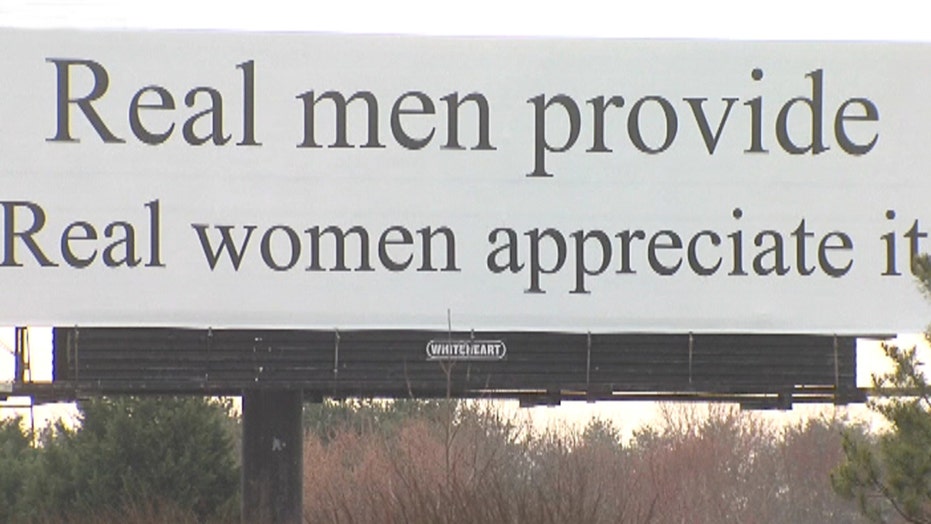 A billboard appeared last weekend on a highway connecting the city of Winston-Salem to Greensboro that reads, “Real men provide. Real women appreciate it.”

The billboard sits on a heavily-traveled commuter stretch of an offshoot of Interstate 40.

Molly Grace, a boutique owner in Winston-Salem, said she sees the sign as an attempt to silence women who want to be seen as equals to men.

"It's absolutely, absolutely insulting to single mothers, to women who have careers whether they are small careers or big careers," Grace said.

Grace is organizing a peaceful protest, through Facebook, slated for Sunday that will take place under the billboard.

“We are protesting patriarchy and sexism, and that this antiquated way of thinking about women exists at all," a post on the Facebook page reads. "We are protesting the implied demand that women be silent and appreciate, regardless of whatever circumstances, their role as non-providers."

More than 100 people have said they would attend the event.

Not everyone is up in arms about the billboard’s message. One man told WHNT-TV he thought the message was accurate.

“Being a married man myself, I think my wife really appreciates the fact that I can provide for a family and take some of the stress off her."

The message's origins are a mystery. The billboard belongs to Whiteheart Outdoor Advertising, and owner Bill Whiteheart said the organization that bought the space does not wish to be identified.

Whiteheart said there will be an announcement soon about the billboard. He did not elaborate. The group has leased the space for 30 days but could stay there longer if they choose to renew.