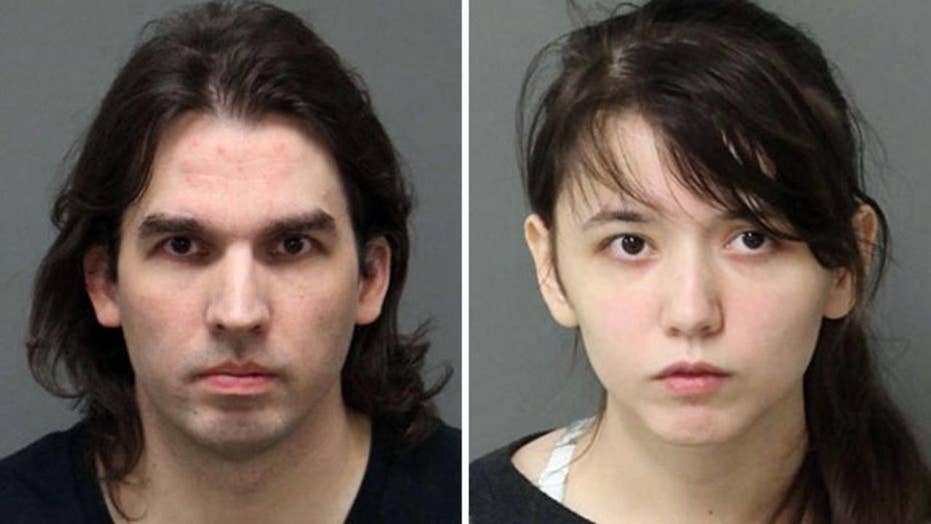 North Carolina incest dad Steven Pladl kills Katie Pladl, his biological daughter he married, and infant child he fathered with the girl before turning the gun on himself.

In a sad conclusion to a disturbing relationship, a woman who married her birth father and gave birth to their child was laid to rest this past weekend, along with her baby and her adoptive father, after investigators said the birth father killed them all in a murder-suicide.

Steven Pladl, 42, was found dead in early April in his vehicle in Dover, N.Y., several miles from the New Milford, Conn., murder scene where Katie Pladl and her adoptive father, 56-year-old Anthony Fusco, were discovered.

Those two also were found dead in a vehicle that had one of its windows shot out, police said.

The child’s body was found inside the couple’s home, hundreds of miles south in Knightdale, N.C., the same day.

In 1995, Steven Pladl was 20 when he met a 15-year-old girl named Alyssa on the Internet. She soon became pregnant and gave birth to a girl they named Denise.

Alyssa Pladl said in an interview last week that they put the girl up for adoption when she was 8 months old. They were young and poor, she said, but she also believed Steven Pladl physically abused the baby.

Steven Pladl, was charged with incest after he impregnated his biological daughter, Katie. Pladl killed the 7-month-old son he had with Katie, then killed Katie and her adoptive father in Connecticut and killed himself in New York.

In her interview, she did not elaborate.

“It was so hard to give her up,” Alyssa said, “but I had to because I wanted her to live and be happy.”

For most of what was to be her short life, she was.

Tony Fusco and his wife, Kelly, adopted the girl they renamed Katie and raised her with their biological daughter in Dover, about 80 miles north of New York City.

“They had a very, very normal life,” said Cary Gould, Kelly Fusco’s brother. “My nickname for Katie was Pac-Man. She was always eating. She loved animals. She was a vegetarian.”

Katie was an aspiring artist known at Dover High School for drawing comic strips. She planned to attend college and pursue a career in digital advertising.

“A pen and something to draw on became a safe place for me,” she wrote in a blog post. “Ink became my weapon against rules and regulations. ... To be short; for me, a life without art is no life at all.”

After she turned 18 in January 2016, Katie, who Gould said had been told she was adopted, found her birth parents and messaged them. The Pladls were happy to reunite with her.

Instead of going to college in August 2016, Katie moved in with the Pladls in Henrico County, Virginia, that month. Tony and Kelly Fusco were apprehensive, Gould said, but they thought Katie was old enough to make her own decisions and supported her.

All was not well in the Pladl home. Steven and Alyssa already had decided to separate and were sleeping in separate rooms. Alyssa Pladl said she had suffered emotional and verbal abuse by her husband for years.

“I was always on eggshells, whatever his mood was, everybody knew, and that mood was often not happy, a lot of yelling, a lot of things smashed in the house, in front of our kids,” she said.

Alyssa Pladl told Katie privately that Steven Pladl had abused her as a baby and that a major reason for the adoption was her own safety.

Katie, according to Alyssa, didn’t appear to be concerned.

Steven Pladl’s behavior changed after he met Katie, Alyssa Pladl said. He began wearing skinny jeans and form-fitting shirts. He shaved his beard and let his hair grow long. About six weeks after Katie moved in, Steven Pladl one night slept on the floor in her room.

It immediately concerned Alyssa. After he did it again the next night, she confronted him. He said it was none of her business and stormed out of the house with Katie.

Alyssa Pladl finally moved out in November 2016, and she shared custody of the two children with Steven Pladl.

In May 2017, she learned from her 11-year-old daughter’s journal of the incestuous relationship and Katie’s pregnancy. Her daughter wrote that she and her sister were told by Steven Pladl to refer to Katie as their stepmother.

“I started to become hysterical, and I called him,” she said. “I said, ‘Is Katie pregnant with your baby?’ He just said, ‘I thought you knew. We’re in love.’

“I started screaming,” she said. “I was just cursing him out: ‘How could you? You’re sick. She’s a child.’”

Then she called the police.

On July 20, 2017, two months after his divorce from Alyssa was finalized and amid the police investigation, Steven Pladl married Katie in Parkton, Maryland. They lied on their application, saying they were unrelated, according to records.

Katie’s adoptive parents posed for a photo on the wedding day along with Steven, Katie and Steven’s mother. Katie wears a short black dress.

Tony and Kelly Fusco thought there was nothing they could do and had decided it was best to support Katie, Gould said.

Katie gave birth to Bennett on Sept. 1. She and Steven moved to a house on a cul-de-sac in Knightdale, North Carolina, just east of Raleigh, but wedded bliss did not last long. They were arrested on incest charges in January. A judge ordered them not to contact each other, and Steven Pladl’s mother has custody.

Steven Pladl’s lawyer, Rick Friedman II, said there was never an allegation that Steven Pladl pressured Katie into a relationship.

“This case is an 18-year-old girl who shows up at the doorstep of a 40-year-old man who’s going through difficult times with his wife,” Friedman said. “They have a bond because they’re biologically related, but they never knew each other before they had a sexual relationship. He was head over heels in love with her, so much so that that outweighed the issue of them being biologically related.”

After the arrests, Katie moved back with Tony and Kelly Fusco, who declined to comment for this article. Every Tuesday and Thursday, she would travel to her adoptive grandmother’s home in Waterbury, Connecticut, Gould said.

On April 12, a Thursday, Katie and Tony Fusco left the Dover home for Waterbury. In a minivan nearby, Steven Pladl watched them leave, surveillance video shows.

Minutes later in nearby New Milford, witnesses reported someone opening fire. Katie and Tony Fusco, 56, were fatally shot. Steven Pladl was later found dead of a self-inflicted gunshot back in Dover.

Shortly after the New Milford shooting, as Fox News previously reported, Steven Pladl’s mother called 911 to report her son had told her he killed the baby, Katie and her adoptive father.

“I can’t even believe this is happening,” Steven’s mother told authorities, according to a 911 call transcript from which her name was redacted. Her son, she said, was upset because Katie, by then just 20, had broken up with him.

Police found the baby dead and alone in Katie and Steven’s home.

Alyssa Pladl struggles to make sense of it all.

“I’m grieving. I’m sad. I’m upset,” she said. “But I also want to have something good come out of this. If it’s to get truth out there, to open people’s eyes to incest.”