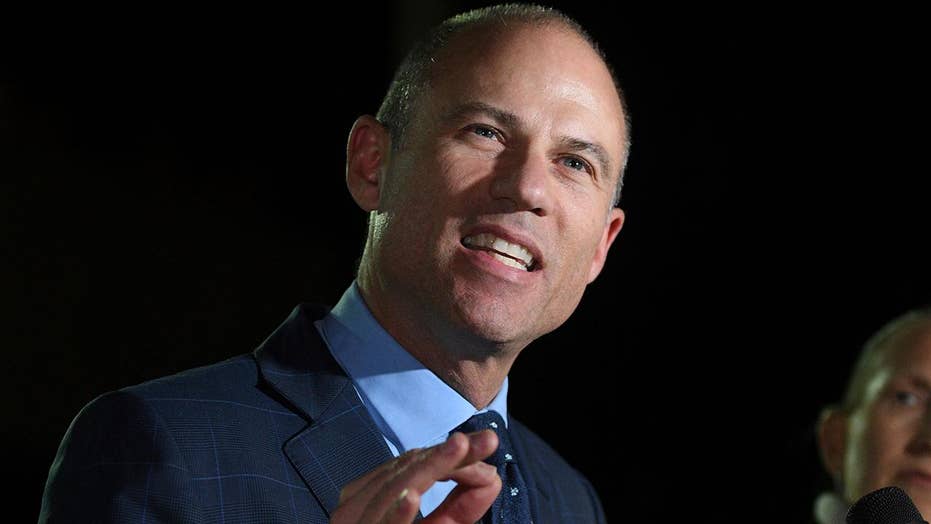 An aspiring film actress on Monday filed a restraining order against lawyer Michael Avenatti – just days after he was detained by police on domestic violence charges, according to court records obtained by The Blast.

Mareli Miniutti, an actress who appeared in Ocean’s 8, filed the domestic violence restraining order Monday in Los Angeles, the report said. It wasn’t immediately clear if Miniutti was the woman who accused Avenatti of domestic violence last week.

Miniutti did not immediately respond to Fox News' request for comment.

"I have NEVER abused a woman or committed domestic violence," Avenatti tweeted after the restraining order was first reported. "Any claim to the contrary is completely bogus and fabricated. I am a target. And I will be exonerated.”

AVENATTI BAILED OUT AFTER BEING ARRESTED ON SUSPICION OF FELONY DOMESTIC VIOLENCE, SAYS HE'LL BE 'EXONERATED'

TMZ, which first reported the domestic violence allegations, cited an unnamed law enforcement source who said the woman's face was "swollen and bruised."

"I have never been physically abusive in my life nor was I last night," Avenatti said after his release from custody. "Any accusations to the contrary are fabricated and meant to do harm to my reputation."

Avenatti, an outspoken critic of President Trump and the attorney for adult film star Stormy Daniels, was considered a rising star in the Democratic party as he weighed a presidential run in the 2020 election.

The Vermont Democratic Party canceled events planned for Friday and Saturday, where Avenatti was scheduled to speak, and is refunding ticket sales.

A hearing for the restraining order will be held in Santa Monica next month, according to the court records.

The Associated Press and Fox News' Elizabeth Zwirz contributed to this report.