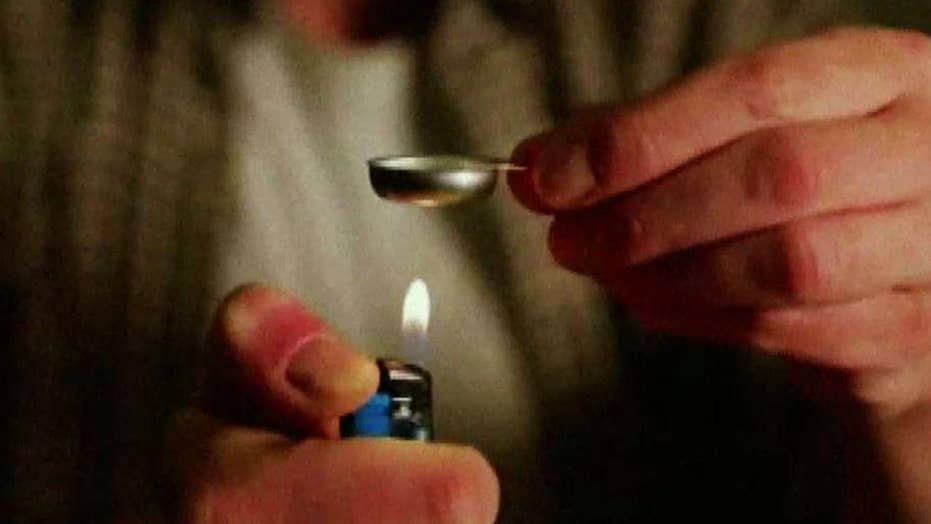 'Drugged': Capitalism, opioids and the history of heroin

Part 4: A look at rise of heroin abuse the US and the debate over emotional pain and trauma and whether capitalism is a cause of opioid and heroin addiction #DRUGGED #Tucker

Before she got into her green sedan, she shot up with heroin.

Then she set out to drive -- but the Hurricane, W.Va. woman overdosed while her car was still in motion, and she crashed into a police cruiser that was leading a funeral procession Saturday.

Huntington Police Chief Joe Ciccarelli said the woman, who was not identified, ran a red light shortly after 3:30 p.m. before striking the cruiser, according to the Herald Dispatch.

The woman, 44, was unconscious from the overdose. Emergency workers administered naloxone, a medication used in cases of overdoses of heroin and other opioids.

Neither the officer nor the woman were injured, the newspaper reported.

Criminal complaints from Cabell County Magistrate Court, where the woman was arraigned for misdemeanor DUI, noted a mark on the her right wrist indicated a recent injection, according to The Dispatch. The woman reportedly told police that she had shot up heroin before getting behind the wheel.

Other misdemeanor charges were filed against two people traveling in the car with the woman, the police chief told the Dispatch. The charges included permitting DUI and possession of intoxicating substances, Ciccarelli said.