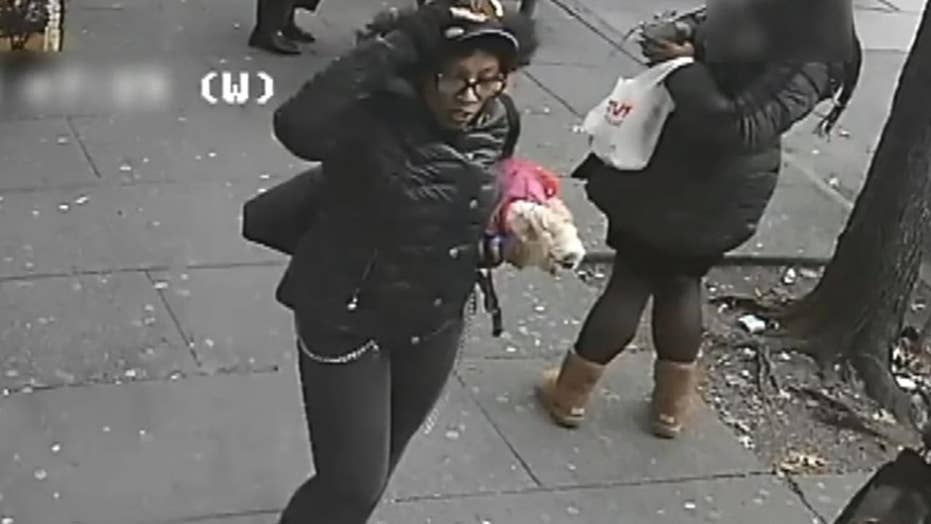 Woman slashes two young women after one tries to pet suspect’s dog on an MTA bus. The incident was reported Monday afternoon in the Bronx, according to police.

Two women who tried to pet a dog on a New York City bus ended up getting slashed by the pooch's angry owner on Monday, police said.

The incident happened shortly after 2 p.m. aboard the BX2 bus in the Melrose section of the Bronx, after a verbal dispute between the group turned into a physical fight.

One of the victims, a 22-year-old woman, suffered cuts to her face and head, while the second woman, 20, received a cut to her left arm.

"I got sliced on my face because I went to go touch a dog," the 22-year-old woman, who did not give her name, told PIX11. "I never knew the dog was a service animal."

Both victims exited the bus and ran to a hospital, where they sought medical care.

The woman allegedly slashed two other bus riders when they petted her small dog on Monday in the Bronx. (NYPD)

Police said the suspect in the attack, who carried a black shoulder purse and a small white dog, also got off the bus and fled the scene in a green SUV taxi.

The suspect, who is described as a woman between 30 to 35 years old, was last seen wearing a dark-colored baseball cap, a black waist-length coat, black pants and black and white sneakers.

Anyone with information about the attack is urged to contact the NYPD's Crime Stoppers Hotline at 1-800-577-TIPS(8477).