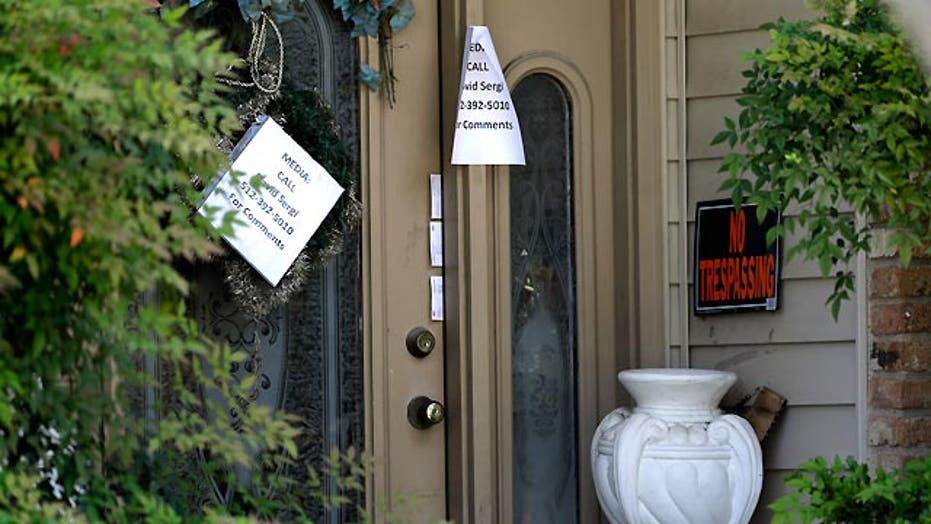 The wife of a former judge is charged with capital murder in connection with the killings of a North Texas district attorney, his wife and an assistant prosecutor.

Kim Williams was arrested early Wednesday and charged with capital murder. Eric Williams has been in custody, charged with making terroristic threats. He has not been charged in the slayings.

The affidavit says Kim Williams "described in detail her role along with that of her husband." However, the document does not outline what Kill Williams' alleged role was.

After Eric Williams was convicted of theft, he lost his elected position as justice of the peace -- a judge who handles mostly administrative duties -- and his law license. He was sentenced to probation.

The McLellands were found dead March 30, two months after Hasse was slain.

The officer who signed the affidavit, Kaufman County Sheriff's Sgt. Matt Woodall, said he had learned from other officers and county employees that Hasse and Mike McLelland both believed Williams blamed them for the loss of his job and carried handguns because they thought he was "a threat to their personal safety."

Kim Williams was being held on $10 million bond at the Kaufman County Jail, sheriff's spokesman Lt. Justin Lewis said. He declined to answer questions Wednesday about the investigation but said families of the victims would be briefed on the case.

Her husband is being held on $3 million bond.

A probable cause affidavit says the former justice of the peace sent an email one day after the McLellands' bodies were discovered implying there would be another attack if authorities didn't respond to various demands.

A law enforcement official said ballistics experts were testing at least 20 weapons found in a storage locker under Eric Williams' name at a facility near Dallas. A Ford Crown Victoria similar to one spotted in the McLellands' neighborhood around the time the couple was killed was parked at the storage facility, said the official, who spoke on condition of anonymity because of the sensitivity of the ongoing investigation.

Jail records did not list an attorney for Kim Williams. A message left with an attorney who had been representing her husband was not returned Wednesday.

Williams has said that after the McLellands' deaths and after Hasse was gunned down Jan. 31 near the county courthouse, he submitted to gunshot residue tests and turned over his cellphone.

Williams has appealed his theft conviction, and a day before the McLellands' bodies were found, a state appeals court in Dallas agreed to hear oral arguments in the case.

During closing arguments at Williams' trial, the prosecutors presented testimony indicating he had made death threats against a former girlfriend and a local attorney.

In the sentencing phase, Kim Williams testified in her husband's defense. She said she suffers from several illnesses, including rheumatoid arthritis and chronic fatigue syndrome. She said her husband was her sole caregiver as well as the caregiver for her two ailing parents.

"Eric is a loving man," she testified. "He wouldn't do anything to hurt anybody. I'm standing by him 100 percent."

While Eric Williams was well known in the community as a lawyer and more recently a justice of the peace, his wife was largely invisible, according to Steve Hulme, an attorney who lives in Kaufman.

Hulme said he knew that Kim Williams had illnesses and that her parents, who live in the same neighborhood, also are in poor health. Beyond that, little else about her was known, he said.

"This is just shocking," Hulme said.