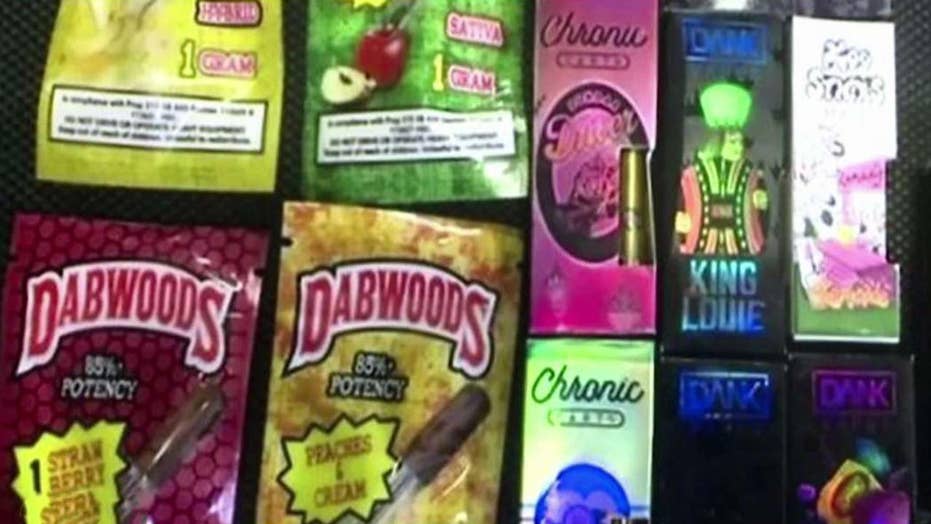 Wisconsin officials are investigating whether an illegal THC-infused vape cartridge manufacturing operation allegedly run by two brothers is connected to a spate of vaping-linked deaths and lung illnesses across the country.

Tyler Huffhines, 20, and Jacob Huffhines, 23, were arrested earlier this month after investigators conducted search warrants on a home in Paddock Lake, and a condominium in Bristol, both about 40 miles south of Milwaukee.

The raid uncovered what Kenosha County Sheriff David Beth described to reporters on Wednesday as a “major, major (drug) operation,” involving the manufacturing of highly potent THC-infused vape cartridges. Officials described it as an “empire of illegal drugs,” Fox 6 reported.

Police said they seized about $1.5 million worth of drugs and 31,000 vape cartridges filled with a gram of liquid THC, 100,000 empty cartridges, and 57 mason jars filled with THC oil – worth about $6,000 each. The cartridges reportedly were wrapped in brightly-colored wrappers to mimic candy. THC is the main psychoactive compound in cannabis.

Investigators said they uncovered the operation after the parents of a high school boy who’d been sold a THC vape cartridge brought him to the police station. The boy gave information to police which ultimately led them to the Huffhines brothers, according to officials.

VAPER, 18, SUING E-CIGARETTE MAKER JUUL AFTER DOCS SAY HE HAS LUNGS OF A 70-YEAR-OLD: REPORTS

“These parents were courageous for what the did,” Waukesha County Police Captain Dan Baumann said during a news conference last Wednesday. “They should be commended.”

Sgt. Christopher Hannah of the Kenosha County Sheriff's Department stands in front of a display of the colorfully packaged vaping products during a news conference. (Paul Williams/The Kenosha News via AP)

The operation’s uncovering coincided with nearly 400 cases of vaping-related lung illnesses and at least six deaths being reported across the country.

The Huffhines brothers were being held at the Kenosha County Jail on charges related to the drug bust, WISN reported. An investigation was ongoing and officials said more arrests were likely as investigators sought out others linked to the operation.