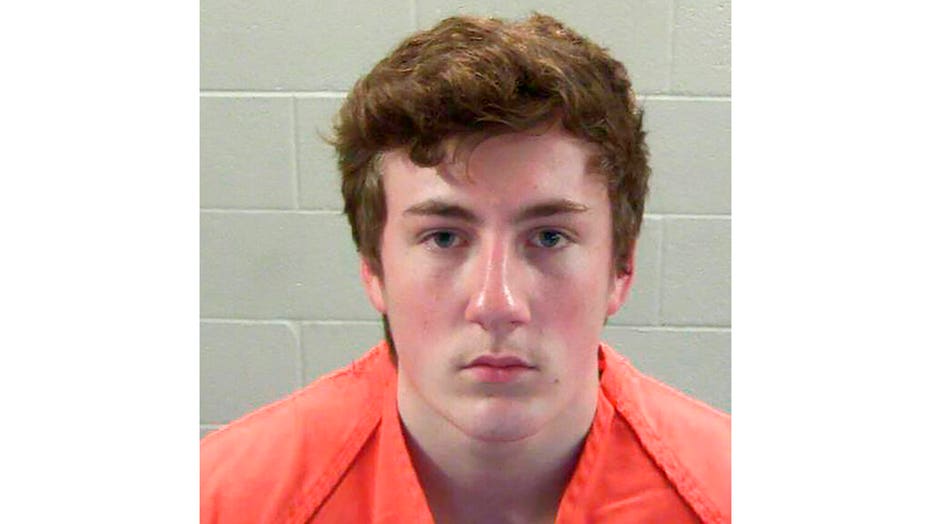 A 16-year-old Wisconsin high school student who is accused of stabbing a school resource officer with a barbecue fork and was shot thereafter was charged with attempted first-degree murder as an adult on Wednesday.

The Oshkosh West High School student, Grant Fuhrman, allegedly entered the office of school resource officer Mike Wissink on Dec. 3 and asked him to look up his fine for shooting up cars with a BB gun. Fuhrman stood behind Wissink as he searched the information on his computer before the officer said he felt a blow and "his head got rocked," Wissink alleges in the complaint.

Wissink said he felt more blows “raining" on his head and felt “extreme pain," according to the complaint. He said he believed he was hit at least five more times, but was able to get to his feet and saw Fuhrman holding a three-pronged fork. Wissink was unable to get his Taser so he drew his gun and fired twice, hitting Fuhrman once and shooting himself in the left forearm.

Wissink kneeled on Fuhrman to keep him down and heard the student say, “I'm dying," according to the complaint. Wissink said Fuhrman only stopped stabbing him after he was shot.

“Wissink stated that he had a good relationship with Fuhrman before the attack and teachers had told him that Fuhrman regarded his office as a safe place," the complaint said.

Prosecutors alleged that months before the attack, Fuhrman texted a friend to bet them that Fuhrman would not go into Wissink's office, stab him with a pencil, and steal his gun to shoot either the officer or himself.

The friend never reported the incident but told investigators that the night before the attack, she told Fuhrman to stop bothering her or she would report him.

Fuhrman told investigators that after his fight with his friend, he continued to think about ways to steal Wissnik's gun, although he also said that he didn't want Wissink to die.

Fuhrman allegedly took a grilling fork from his kitchen at home and hid it in his waistband so that he could bring it to school.

The teen is being held on a $1 million cash bond and a preliminary hearing is scheduled for Jan. 16.

Wissink was released from the hospital on Monday and received a police escort past the school, where students and community members cheered for him.