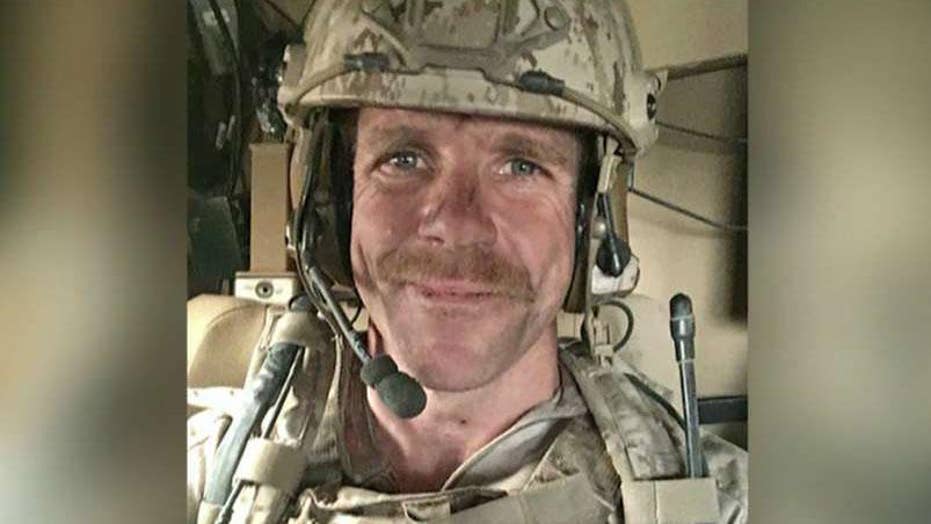 Attorneys say they caught on after noticing an unusual logo beneath the signature of a message sent to them by one of the prosecutors; reaction from Andrea Gallagher.

The wife of the Navy SEAL accused of killing an injured ISIS prisoner of war in Iraq tells Fox News that someone is going to have to “start investigating these investigators” after his lawyers claimed military prosecutors were spying on them through tracking software hidden inside emails.

Andrea Gallagher’s comments on ‘Fox & Friends’ Tuesday came a day after Edward Gallagher’s legal team revealed the extent of what they believe is an apparent attempt by the prosecution to find out who is leaking information to the media about the case.

Gallagher’s legal team caught on to the alleged scheme last week after they noticed an unusual logo of an American flag with a bald eagle perched on the scales of justice beneath the signature of a message sent to them by one of the prosecutors, according to the Associated Press. It was not an official government logo and the lawyers reportedly found suspicious tracking software embedded inside it.

“We're not even accusing. We know that they did do it,” Andrea Gallagher told "Fox & Friends."  “Now it's going to be a matter of who is going to start investigating these investigators and the prosecution for this criminal wrongdoing.”

Wife of detained Navy SEAL Eddie Gallagher makes plea to President Trump: 'You're being lied to'

The wife of a U.S. Navy SEAL accused of war crimes and a friend who served with him say President Trump is being told lies about the way Gallagher is being treated by his commander ahead of trial.

The emails were sent last Wednesday to 13 lawyers and paralegals on Gallagher's legal team — and to Carl Prine, a reporter for the Navy Times newspaper, who has broken several stories about the case based on documents provided by sources.

“This case has been filled with corruption from the top down. From military brass, to NCIS, to the prosecution now,” Andrea Gallagher told ‘Fox & Friends’.

The Navy, when asked by Fox News to respond to the allegations, said “the investigation into the leaked protected documents in the Gallagher case is still ongoing and inappropriate to comment at this time.”

Gallagher is set to face trial on May 28 after being accused of stabbing a teenage militant to death in 2017 in Iraq. Navy prosecutors also accuse Gallagher of shooting two civilians in Iraq and opening fire on crowds. Gallagher has pleaded not guilty to all the charges.

“I want everyone to know that number one, my husband is innocent. He has proclaimed his innocence all along,” his wife told ‘Fox & Friends.’ “These lies and rumors that were cobbled together by millennial SEALs are shameless and utterly false.”