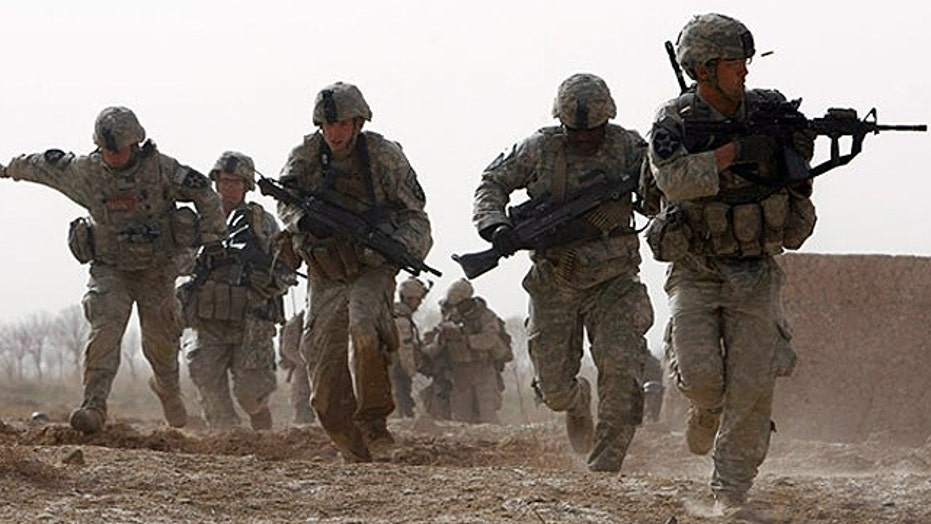 Sharp rise in military suicides may not be related to combat

Police and soldier suicides persist. Assuredly, soldiers are under significant stress abroad and here at home. Fighting nemeses in foreign territories, while sacrificing family-time to defend our nation, undeniably exacts a heavy toll on our military service-members. Domestically, ensuring freedoms and defending constitutional rights is compatibly rife with duress, yet cops suit-up daily.

For whatever reason(s), cops and soldiers are dying by their own hands.

Suicide may have nothing to do with service-to-nation at all; perhaps seeds of self-destruction are rooted in alternate woes such as divorce or incurable illness. Maybe a combination thereof. Nevertheless, the proverbial elephant-in-the-room subject matter festers.

I’m intrigued not because it is my nature as a policeman and human being honoring the dignity of others, but also because I looked into the recesses of a buddy’s retinas... and irreversibly missed the sign(s). The police service lost a brother in blue—a squad mate whose childhood passion was to be a cop—and my gut instincts failed to ping before he exited on his terms. For this reason, hindsight haunts me to this very moment…

Under Oath, Under a Dark Cloud

The rate of police officers killing themselves has become pervasive lately. The climate in which cops operate and the constituents with which they must interact is not often an amicable one. Ambushes of cops are en vogue. Anti-police sentiment is as prevalent as sand on a beach, fanned by the media and so-called political leaders with statistics grossly skewed and facts met with blindness.

Cops endure the constancy of criticism, the barrage of berating, and maladaptive police management. Exposure to human carnage is unrelenting. First-hand horrors and traumas stick like road tar: unshakable, suffocating, hardening. Yet, they do it again and again and again…until under that uniform is a pummeled soul, silently waning until nothing is left. How best to counter self-destruction?

Quite a number of police suicides occur in or outside police facilities. Is this a testament to dying where the police world is…or because of it?

Dr. John Violanti, a noted author and researcher of police stress and trauma, intimated that police retirees suffer ongoing stress from traumatic episodes while in-service. Residually, some take their lives well-after their police career concludes. Did PTSD and retrospective police camaraderie combine, until implosion? Or do frayed lifelines create cause to let go?

As the Department of Veterans Affairs seeks to discover the root cause of soldiers perishing at their own hands, others concealing emotional sway behind a military mask may be contemplating finality. The sphere is huge, and the VA has work to do, indeed. The Military Times chronicles the toll of military service, reporting the uptick in suicide rates among the Armed Forces. In 2014, over 7400 veterans committed suicide and, reportedly, the majority were not receiving treatment from the VA.

According to a USA Today report, among the military branches, the majority of suicides are in the Army.

The effects are evident, but causal dynamics continue to cloak. Veterans Affairs invested $50 million into studying each case for precursors and common denominators, hoping to stem the tide. Other denoted factors to consider include: military reservists have a higher suicide rate than full-active cohorts; female soldiers take their lives six times more than non-soldier women.

Logically, one may think soldier suicides occur after seeing combat and/or freshly discharged from military service. I had that exact belief, which turned out to be military myth. Counter-intuitively, data suggest many soldiers consider suicide not during or after combat but before any wartime engagements. Soldier suicides are prevalent between Boot Camp and deployment and, as mentioned previously, well-into senior years.

I recently came across some information pertaining to the study of police suicides. One thing which interested me was the mention of how our armed-uniformed services undergo a ton of screening in terms of background (sifting for red herrings) and psychological testing (detecting undercurrents of emotional instability). Despite how candidates project a solid psyche, testing is not foolproof.

As we already discussed, the majority of soldiers contemplating suicide do so before any wartime engagement. Implicitly, something went undetected in the screening phase, well before battle-trench experiences became a remote possibility. Like most things in life, examine the roots and there, you’ll typically discover relative pathology.

As much as research studies can attempt to fill-in the blanks, the here-and-now efforts of critical incident stress management (CISM) intently saves souls from emotional hemorrhaging. My agency provided post-incident counseling and encouraged officers’ participation. Discussion points pertaining to perceived weakness and thestigma of asking for help are overcome with a little help from certified professionals who care about salvation.

As with any unspeakable tragedy, the residual feelings are as inexplicably surreal as the event itself. For those left behind, hindsight haunts the psyche after the ostensibly unforeseeable loss of a comrade.

As was the case when my zone partner finalized his existence, undergoing CISM was as instrumental for me as it was for the sworn counselors with whom he served well.

Stephen Owsinski is an OpsLens Contributor and retired law enforcement officer whose career included assignments in the Uniformed Patrol Division and Field Training Officer (FTO) unit.  He is currently a researcher and writer.