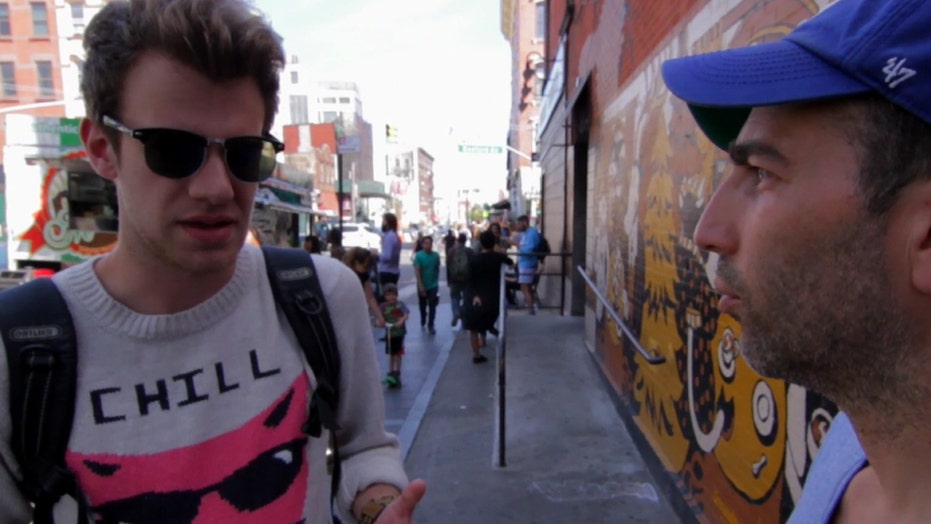 Ami on the Street: Satirist Ami Horowitz asks Brooklyn residents whether or not Islam motivated the Orlando terrorist attack

The Orlando shooter, we have learned, beat and abused his wife. President Obama tells us these are the acts of a mentally disturbed man and we must ramp up to keep it from happening again. The reality, however, is that the shooter's actions proved him to be a devout Muslim who abided by the teaching from the Quran on how one should discipline a disobedient wife.

The rest of the country, and especially Christians, are the true enemy, in the view of the left -- and the downtrodden must stick together through thick and thin.

The political left is once again manufacturing a false narrative to keep the public in the dark about Islamic terror. The latest example comes from the tragedy in Orlando and CNN news anchor Don Lemon. Lemon, as an openly gay member of the press corps, is in a position of power to lead the narrative about what happened at Pulse, when 49 members of the LGBT community were summarily executed by an adherent to Islam.

Hours after the shootings, Lemon said, "The shooter in Orlando is clearly someone who has distorted Islam."

Like others in the press and the LGBT community, he refused to call a spade a spade and instead opted for a "let's wait and see" attitude with regard to the killer. , with very few exceptions, has a propensity to view homosexuals and Muslims with the same lens -- both as persecuted populations in the United States. Posts charging that one must not call the attacker a Muslim because Islamophobia is as bad as homophobia are making the rounds online. Their view is clear: The rest of the country, and especially Christians, are the true enemy, and the downtrodden must stick together through thick and thin.

Why is it that the LGBT community never challenges Islam, but actually defends it, even after Sunday's massacre? While Islam's condemnation of LGBT people is in the strongest of terms -- no mosque will allow a gay marriage on its premises, no imam will ever officiate a gay marriage -- the reaction of the LGBT community is often a collective yawn. The penalty for engaging in homosexuality in Islam is not condemnation, or a refusal to bake a cake, but rather death in the most painful way possible. This is what true Islam looks like -- and it's not pretty.

It's time for a wake-up call to Mr. Lemon and others of his ilk. Omar Mateen was a Muslim. He followed the directives of Sharia to the letter. Not only did he kill homosexuals, but he did it in the manner Mohammed required: long, arduously, torturously. And while there are a number of different strains of Islam, many which publicly eschew violence, there is only one Sharia. These ancient laws that draw upon Islamic scripture have not changed. Nor has the violence contained within.

Mateen was not observing ISIS or al Qaeda directives when he murdered 49 people. He was exercising his duties as a Sharia-compliant Muslim. One can speculate about his reasoning in committing this horrific act, and my suspicion is that he was seeking absolution from a life that would be viewed by Islamic adherents as sinful. His only path to redemption was in carnage. That is the true nature of Islam -- the true nature which our president refuses to acknowledge. We continue, instead, on a course of political correctness, quite literally bowing in humility for even thinking that perhaps the problem lies within Islam itself.

Americans have bought the lie that we somehow must bow at the feet of those who wish to kill us. President George Bush did it a mere six days after this country was brought to its knees on 9/11. He prostrated himself at the local mosque and participated in a prayer service of a faith and an ideology which wants nothing less than our complete and utter destruction.

Now Lemon, the U.S. press, and gay rights groups throughout the country are bowing as well to the god of Islam. The "facts" as they see them have no basis in reality. The press, law enforcement, and the FBI continue the narrative that Mateen could not have perpetrated such an act without holding membership in ISIS, al Qaeda, or another militant group. They roll out imams, CAIR representatives, and the president himself to say that this was merely an act of hate that happened in a vacuum; that perhaps he was mentally ill; perhaps he was having a bad day; perhaps if he hadn't been allowed to purchase guns ... The nonsense goes on and on.

Mohammed said to kill homosexuals with no exceptions. "Kill the one who sodomizes and the one who lets it be done to him." How is this unclear?

This ideology is perpetuated every day in Sharia-observant mosques throughout the country. In a jarring example, just a few miles down the road from Orlando in the suburb of Sanford, Sheikh Farrokh Sekaleshfar told those at the Husseini Islamic Center in 2013 that the appropriate manner for dealing with homosexuals was to kill them, as that is the compassionate response. "Death is the sentence," he said. "We know there's nothing to be embarrassed about this. Death is the sentence."

Omar Mateen was not a Christian. He was Muslim. He was not a conservative. He was a registered Democrat. Oh, how he let the left down!

But President Obama, Don Lemon, Hillary Clinton, and others tell us to wait and see. We should not be asking what happened to radicalize the Muslim that would make him do this. Instead, we should ask why we are determined to turn a blind eye to a full frontal assault.

What more does one need to see before we look our enemy full in the face and demand that the messages of Sharia and violent jihad no longer be taught in Islamic centers and mosques? What more has to happen before President Obama and Hillary Clinton stop telling the American public to close its eyes and ignore what the killer plainly announced to the authorities -- an allegiance to Allah and the Islamic State?

The facts don't fit neatly into the agenda of the left. Omar Mateen was not a Christian. He was Muslim. He was not a conservative. He was a registered Democrat.

Oh, how he let the left down! He wasn't at all what they needed him to be.

These acts of terror are not a hijacking of Islam from the peaceful religion that it was designed to be. Rather, these acts are the true face of Islam, and until we acknowledge it for what it is, we will continue to be the victims who bow at the feet of our attackers.

Mark Christian, M.D., is the founder and executive director of the Global Faith Institute and is an Egyptian emigre to the United States and a convert to Christianity. His father and uncle remain high-ranking leaders of the Muslim Brotherhood in his former home of Cairo.